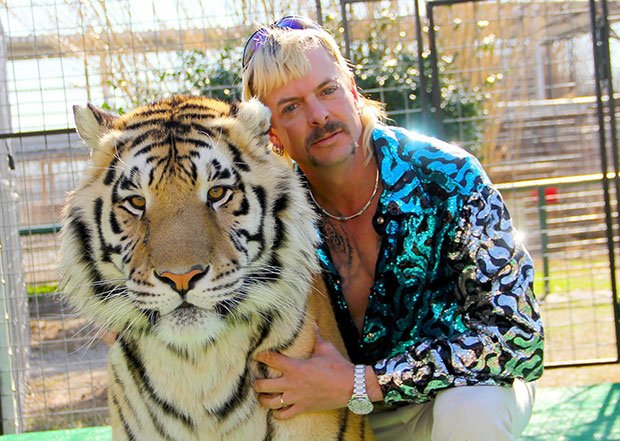 Netflix is being sued over the name of its hit original docuseries Tiger King by Hollywood Weekly Magazine (HWM), which is seeking to terminate the series.

HWM has filed a lawsuit against the streaming giant and CBS Studios, Paramount and Imagine Television for claims including trademark and copyright infringement, unfair business practices and unjust enrichment.

The US magazine claims it coined the nickname Tiger King in reference to Joe Maldonado-Passage, the eccentric big-cat zoo owner who is the docuseries’ protagonist, and therefore owns the trademark rights to the name.

HWM said its sudden association with the Netflix series is damaging its reputation and it is therefore seeking compensation for damages and disgorgement of profits and is demanding the destruction of the series and all accompanying advertising.

The magazine has stated it first dubbed Maldonado-Passage as the Tiger King in 2013 and has used it exclusively in connection with the zoo owner in related stories and profiles published since.

However, HWM did not file trademark applications for the name until July 2 this year.

HWM said advertisers have sought to cut ties with the publication due to the “very easily plausible and obvious connection [with] a tawdry television programme.”

“The series literally uses the [Tiger King mark] in its title, throughout the video, and then even shows issues of the HWM publication itself within the video series as well as showing that they knew about it, accessed it, had access to it and were even using it in the series itself, thus establishing the [mark] was neither separately created nor developed by the defendants,” wrote HWM attorney Michael F Frank in the legal complaint.

Tiger King: Murder, Mayhem, Madness became one of Netflix’s most viewed series of all time upon launching amid the global coronavirus lockdown.

The series has since led to multiple spin-off projects including a Nicolas Cage-fronted scripted series for CBS, a series featuring Kate McKinnon at Universal based on Carol Baskin’s character from the docuseries and an Animal Project doc titled Surviving Joe Exotic.