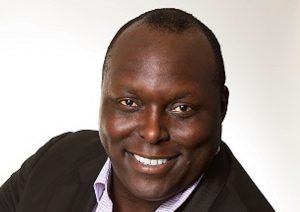 Netflix has hired Discovery’s Jhamal Robinson to oversee production for the streamer in North America.

Robinson becomes VP of production management for the streamer in the US and Canada, reporting into Netflix VP of physical production Ty Warren.

He was most recently SVP of production management at Discovery, a role that he took up in 2016 and which saw him work across the factual giant’s shows for its networks including HGTV, TLC and flagship Discovery Channel.

Prior to that, Robinson worked as head of production at Yahoo! and he held the same role for NBCUniversal-owned E!. His career credits include Deadliest Catch, Chopped and Manhunt, among numerous others.

Robinson’s hire by Netflix, which was first reported by US trade Deadline, follows the appointment of Anna Mallett, who was drafted in last year to oversee its production operations in the UK. She has also become VP of physical production and is based out of London, with a remit across all shows produced in the UK.

Mallett, like Robinson, reports into Ty Warner. Her remit also includes responsibility for Netflix’s local language productions in EMEA, Lat Am and APAC, which have become an increasingly important focus for the global streamer.