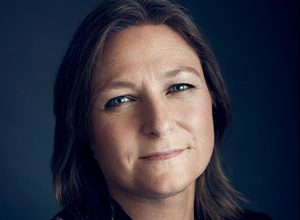 Netflix’s former VP of original content Cindy Holland has emerged on the board at a recently launched media-focused special purpose acquisition company (SPAC).

Holland had been with Netflix for almost two decades prior to her departure in September, when Bela Bajaria was promoted.

The Netflix alum’s new role was revealed in a US regulatory filing, which detailed that she is sitting on the board of Horizon Acquisition Corp II, a $500m SPAC that was floated in October.

SPAC’s are normally formed to raise capital, which will then be used to acquire other companies.

Horizon Acquisition Corp II is overseen by Eldridge Industries CEO Todd Boehly, who also has a stake in Media Rights Capital (MRC), the US-based firm that has been behind shows including Netflix drama Ozarks and House Of Cards.

Details of Holland’s role remain scant – as are details of Horizon’s plans – but in its filing, the company said it would be operating in the media and entertainment industry and aimed to “deliver a unique product or service to consumers.”