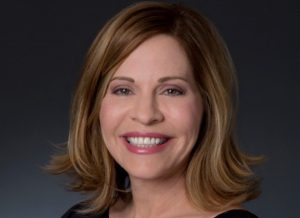 NBCUniversal’s president of content acquisitions & strategy Frances Manfredi is departing after more than two decades with the company.

Manfredi was appointed to her most recent role in December last year and struck the negotiations that saw NBCU’s streamer Peacock secure the US version of The Office.

She had also struck NBCU’s first deal with Netflix in 2006 and had held a variety of roles in US-focused distribution, having joined from CBS in 2000.

Her exit follows the creation of NBCU’s Television & streaming division earlier this year, which is run by Mark Lazarus. He has since brought in former Warner Bros. exec Susan Rovner to become chairman of entertainment at NBCU’s new-look TV and streaming division, while Frances Berwick leads the business side of the operation.

As part of that rejig, Manfredi’s role was moved into the remit of Val Boreland, who oversees acquisitions for entertainment and lifestyle, as before, but also Peacock and NBCU’s networks. The Hollywood Reporter broke news of Manfredi’s exit.