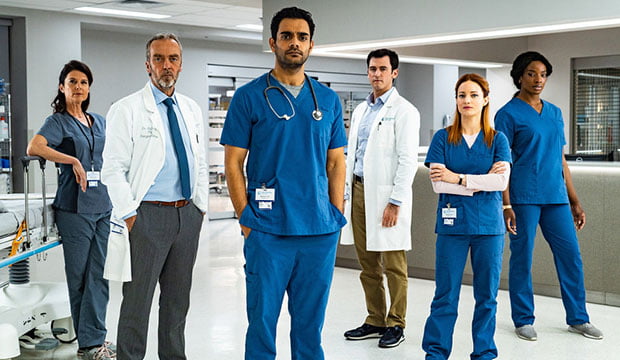 US broadcast network NBC has acquired Canadian medical drama Transplant, as networks continue to scour the market for completed content to fill their schedules.

Transplant, which follows a Syrian doctor who flees his war-torn homeland to build a new life in Canada, premiered on Canadian broadcaster CTV in February.

NBC, which has previously enjoyed success with its own medical series such as ER, Chicago Med and New Amsterdam, has now picked up the US rights to the 13-parter.

The series is produced by Sphère Média Plus in association with CTV and NBCUniversal International Studios, a division of NBCUniversal Content Studios. NBCUniversal Global Distribution handles worldwide distribution for the series.

It is the latest example of a US network prioritising content that is already in the can to stock its shelves amid the shutdown in original production due to the coronavirus pandemic.

Earlier this week Fox revealed a revised fall schedule which included Kim Cattrall-fronted Filthy Rich, pushed back from its original summer premiere date, and LA’s Finest, an acquisition that had originally been commissioned by Spectrum.

The CW has also postponed its season of new launches to 2021, instead turning to acquisitions, with four purchases announced over the weekend.