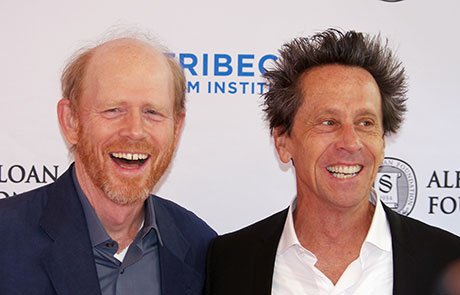 US broadcaster National Geographic’s documentary arm has teamed up with acclaimed director Ron Howard to develop a feature doc on chef and humanitarian José Andrés.

The film will chronicle the life and work of Andrés and his non-profit organisation World Central Kitchen as it helps rebuild nations in the wake of disaster, providing healthy food to those affected.

The title will be produced for National Geographic Documentary Films by Imagine Documentaries, the doc arm of Howard and Brian Grazer’s Imagine Entertainment, with both execs credited as producers.

Imagine Documentaries was recently behind fellow Nat Geo title Rebuilding Paradise, which focused on the devastating Californian wildfires of 2018.

The as-yet-untitled new doc will take an in-depth look at World Central Kitchen’s collaborations with local chefs to feed affected people and first responders, following Andrés and his team around the globe as they address the increasing environmental and humanitarian crises

Andrés and the World Central Kitchen team have helped combat hunger in the wake of crises by serving more than 16 million meals to date. Most recently, the organisation has mobilised to bring food to those impacted by the coronavirus pandemic, working to deliver meals to quarantined cruise ship passengers, school children, medical professionals, the elderly and the most vulnerable across the US and Spain.

Howard, also a prolific movie director whose credits include Apollo 13 and A Beautiful Mind, said: “When we first started shooting Rebuilding Paradise, I was amazed to see the immediate impact that José and the World Central Kitchen team had on the citizens of Paradise, California, in the aftermath of the crippling fires that destroyed their town.

“Now, following him as he helps those most in need during this pandemic, I realised that the work he’s doing around the world is one of the most critical and oftentimes overlooked necessities in disaster relief. I’m honoured to share his mission with audiences around the world.”

The show takes viewers to some of the planet’s most awesome locations, following the field work of the world’s top geologists. Combining this with the latest scientific data from thousands of sensors across the globe and state of the art surface scans, the series uses cutting-edge graphics technology to look inside the deep interior of our planet and reveal the dangers hidden within.

The series is set to air across National Geographic channels globally, including the US and the UK, this spring and summer.