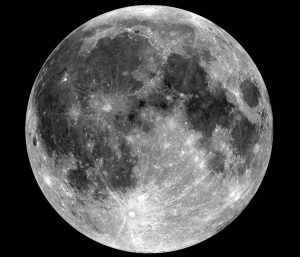 US-based National Geographic has ordered a special event series from Simon and Jonathan Chinn’s prodco Lightbox that will offer “an all-access pass” to NASA’s attempt to land the first woman on the moon.

Return To The Moon (working title) will track NASA’s Artemis program and the group of astronauts and their colleagues as they attempt to complete the mission.

The show, which comes 50 years after the Apollo space flights, will be exec produced by the Lightbox co-founders Simon Chinn (Man On Wire) and Jonathan Chinn (Whitney), alongside Suzanne Lavery (Cajun Navy).

Jerry Rothwell (The Reason I Jump) will serve as series director, with the show set to premiere on National Geographic around the world. The Disney-owned brand said it would be “using all of its print and digital storytelling platforms to invest in extensive, multiyear coverage of NASA’s journey.”

Digital and social media innovations will be used to offer an “immersive, multimedia experience,” with features and podcasts also in the works.

Courteney Monroe, president of content at National Geographic, said: “With extensive access to this history-making mission, we can once again inspire the world with a story of courage, imagination, passion and self-sacrifice through the eyes and the hearts of the Artemis team.”

Simon and Jonathan Chinn added that the show “has an astonishing human drama at its heart: a new and diverse generation of astronauts preparing to embark on the most extraordinary journey of their lives.”

They added: “By bringing our feature documentary background and sensibility to their stories, our focus will be on the intimate and often high-stakes emotional moments that no-one else will capture as the spotlight of the world falls on this pioneering endeavor, which will include the first woman stepping onto the lunar surface. We are thrilled to be working with NASA and National Geographic to bring this epic story to a global audience.”