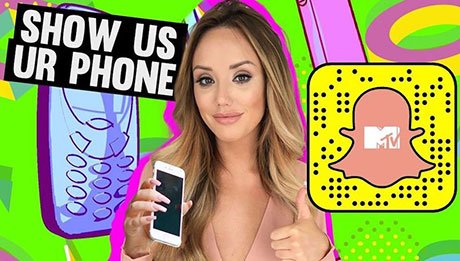 MTV has commissioned an interactive digital gameshow series that will stream live on a weekly basis across its international Facebook and YouTube channels.

MTV Game Night with Charlotte Crosby (6×30′) begins tonight and will see Geordie Shore star Crosby broadcasting live from her home as she seeks to entertain fans amid the Covid-19 pandemic.

The series will be remotely produced by ViacomCBS Digital Studios International using cloud-based Grabyo and Zoom.

Each week, Crosby will film herself live from home, conducting a string of activities including quizzes, games and challenges that fans can play along with at home for fun.

In each episode, Crosby will be joined by a number of her celebrity friends from their homes via video link, who will also be competing in the games.

Viewers will be able to interact with Crosby during the live stream, posting comments and reactions and slipping questions to the host for the celebrities. Guest stars confirmed to participate include Geordie Shore’s Sophie Kasaei and The Only Way is Essex’s Bobby Norris, with more to be announced soon.

“It’s so important to be able to adapt at a moment’s notice, and it’s never been more critical than at this particularly strange and trying time. From their couches around the UK, our incredible team is creating content remotely that we know our audience will love,” said Kerry Taylor, executive VP of ViacomCBS Networks International’s entertainment and youth brands.

Over the following weeks, MTV will also be commissioning a number of fast-turnaround shortform series with five-minute episodes, featuring a variety of faces from reality TV. The content will sit across MTV’s international network of digital and social platforms.

The first series, launching tomorrow, will feature Geordie Shore’s Nathan Henry as he conducts a parody of a virtual language lesson, teaching viewers at home how to speak “fluent Geordie.” More details on the shortform series will be announced in due course.