ViacomCBS Networks International has greenlit two series that will be produced remotely for its youth and entertainment brands MTV and Comedy Central. 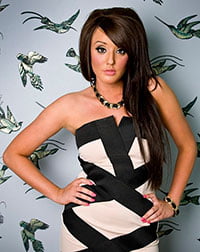 MTV International has ordered Lockdown Laughs With Charlotte Crosby (working title, 6×22′) for its channels around the world, while Comedy Central International will launch shortform digital series Comedians in Quarantine via social media.

Lockdown Laughs With Charlotte Crosby sees the Geordie Shore star share heart-warming comic quarantine clips from around the world while also issuing her own lockdown challenges.

The homemade show, commissioned by Kerry Taylor, executive VP of ViacomCBS Networks International’s entertainment and youth brands, will premiere in May.

It will see 10 comedians write, perform and self-tape a range of comedy sketches, including tips on coping in confinement and cabin fever stand-up from their homes.

Made in-house, the series was commissioned by Taylor and is executive produced by Rebecca Hewett, with producers Emerald Paston and Nima Shahmalekpur.