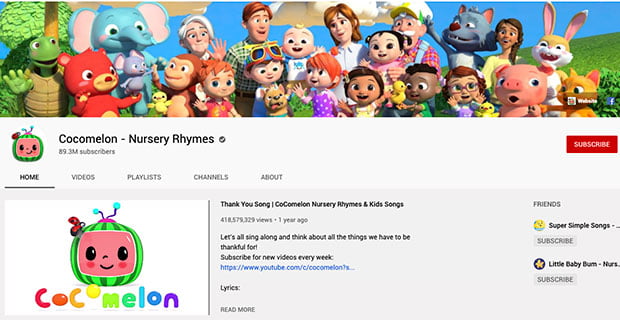 Blippi hosts educational live-action videos by the US children’s entertainer of the same name.

Moonbug plans to add new characters and storylines to both brands, in addition to new merchandise and toys, as it expands distribution globally in new languages and on new platforms.

Meanwhile, Moonbug has raised US$120m in a funding round led by Goldman Sachs Growth Equity and Fertitta Capital, to support further growth and acquisitions.