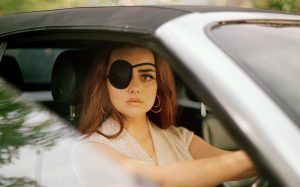 Produced by France’s Haut et Court TV and London-based Quiddity for Canal+, Creation Original and Yes TV Israel, with the participation of CNC and BeTV, Possessions was filmed in Israel in French, Hebrew and English, with global sales handled by Studiocanal.

The 6 x 52-minute series follows the story of a young French expatriate in Israel, who is accused of murdering her husband on their wedding night, while the French diplomat assigned to assist the woman, instead begins to fall for her and dives deep into her family’s mysterious past.

“The demand for non-English language content continues to grow throughout the world and I am delighted that this exceptional drama will be available for a wide, global audience via HBO Max and its international Max Original brand,” said Beatriz Campos, SVP of global sales and production financing, TV series, at Studiocanal.

Meanwhile, the 4 x 60-minute Adult Material was originally produced by Banijay’s Fifty Fathoms label for the UK’s Channel 4, where it premiered earlier this month, and is being distributed by Banijay Rights.

“This outstanding drama is storytelling at its finest with exceptional performances all-round,” said Banijay Rights’ Matt Creasey. “To secure this deal before the UK series has finished airing is a testament to the excellence of this programme.” 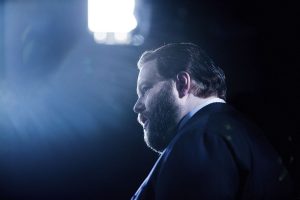 ‘The Minister’ sells in Australia, Canada and Europe

SBS in Australia, AMC Networks International Southern Europe, and TVO in Canada have picked up Icelandic political drama The Minister.

The sales follow the recently announced acquisition of the series by North American streamer Topic, with more in the pipeline.

The 8 x 60-minute series was produced by Sagafilm for RUV Iceland, DR Denmark, NRK Norway, SVT Sweden, and YLE Finland, and stars Ólafur Darri Ólafsson (Fantastic Beasts: The Crimes of Grindelwald) as a prime minister whose worsening mental health condition threatens the stability of the government and the lives of those around him.

James Durie, head of scripted at Cineflix Rights, said: “The Minister showcases Sagafilm’s success in combining an exceptional cast, led by Darri, with a compelling plot about populist politics which echoes the current zeitgeist. These lastest deals reflect the huge international interest we’ve already had as we continue to roll out the series to global buyers.”

‘Roadkill’ picked up across world

Broadcasters across the globe have picked up UK-based indie The Forge’s upcoming political thriller Roadkill, following a raft of deals by distributor All3Media International.

The series, which was commissioned by BBC One in the UK with Masterpiece in the USA is set to land in the UK on 18 October, and premiere as part of MIPCOM’s online screenings programme. The four-part drama stars Hugh Laurie (House) as a self-made and charismatic politician whose public and private life seems to be falling apart.

It has been signed by HBO in a pan-territory deal covering the CEE region, Nordics and Portugal. In Australia, ABC has picked up first window TV rights with ABC Commercial taking home entertainment, while Stanhas acquired second window SVOD rights for their platform. KT Hitel has picked up the title in Korea.

Further pre-sales have been concluded with TVNZ taking first window in New Zealand, as well as being picked up by NPO in the Netherlands, Magenta TV in Germany, Intervision for Greece and Cyprus, Kinopoisk for Russia and the CIS, Siminn hf in Iceland, Telefónica in Spain and home entertainment rights go to Dazzler Media for the UK and Eire.

These deals follow all3media international’s previously announced co-production pact with PBS Masterpiece, which will see Roadkill airing on WGBH in the US and PBS in Canada. 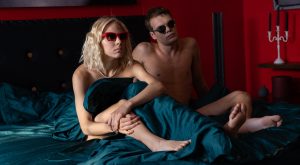 Four of those new projects are currently in production and will be presented during MIPCOM this week at the joint virtual “Made in Russia” stand organised by the Russian Export Center.

Psychological drama Crystal City is based on a true story and stars Anton Vasiliev as a man who working to overcome a life-changing trauma. Caesar, meanwhile, is a thriller about a serial killer with his own particular methodology for selecting victims, while a journalist and an investigator try to overcome their own fears while searching for the murderer.

Black comedy-drama Married Life Scenes explores an unconventional way of resolving a marital crisis, while Snail Running tells the story of a woman who survived a tragic incident as a teenager and is now living a double life.