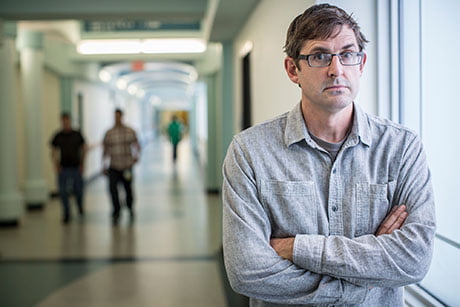 Of the launch of Mindhouse, Theroux said: “This is a long-held dream come true. The idea is to tell stories with nuance, compassion and playfulness.

“Some programmes commissioned from Mindhouse, I will present, but for others I will have an off-camera role. And that, for me, is the most exciting part of this new venture: the idea of building a team and putting an array of different new voices and talents on screen.”

Fellows added: “Louis and I have worked together for nearly three years and our aim has been to use intelligence and humour to explore complex subjects. In founding Mindhouse, our ambition is to build on that track record and nurture new film-making talent.”

Under the two-year alliance with BBCS, the UK pubcaster’s commercial arm becomes the new indie’s first-look distributor and financing partner for its future slate.

“Arron, Louis and Nancy have a distinguished track record in making fearless, distinctive and popular programmes. We’re delighted to be working with them to tell new stories that will inspire audiences in the UK and around the world,” said Mark Linsey, BBCS chief creative officer.

Fellows is Mindhouse’s creative director and Strang is leading the prodco’s development strategy across a range of broadcasters and platforms in the UK and the US, working with newly appointed head of production, Sophie Ardern.

Ardern joined from October Films, where she has worked from 2015 across several projects for Amazon, BBC, Channel 4, Channel 5 and Discovery.