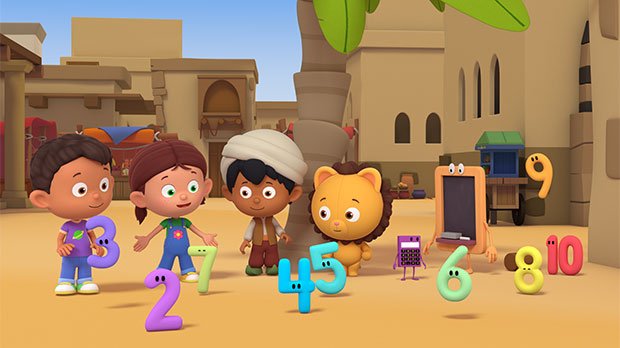 MediaCorp in Singapore has ordered 60 episodes of preschool animated series Counting with Paula from local prodco Omens Studios, which has also sold the show in Europe.

The MediaCorp commission brings the total number of episodes available to 300, with season four (60×11′) recently delivered and a further 60×11′ episodes of the CGI animation currently in production in 4K and set to be delivered this December.

Airing on MediaCorp’s Channel 5 and MeWatch, the series is aimed at children aged three to six, helping them to learn numeracy, literacy and social-development skills in a fun, easy and entertaining way.

It follows a girl and her friends as they go on exciting adventures to colourful and exotic places, where they solve problems and make new friends.

Meanwhile, TV3 Catalonia has picked up seasons one to three of the show. Counting with Paula is now available in over 20 territories on a variety of broadcast and OTT platforms, including CCTV and iQiyi in China, CJ ENM in South Korea and Amazon Prime Video worldwide.

Omens Studios CEO Chi Sim Tang said: “With much of the world still on lockdown, parents and caregivers are looking for different and engaging ways to educate their children at home. Counting with Paula is fun, creative and educational and is loved by preschoolers around the globe.”

Omens Studios has offices in Singapore, Malaysia, the UK, US, China and India.

In related news, Mediacorp has shopped 160 hours of its Tamil-language titles to ZEE5, the Mumbai-based Indian streaming service operated by Essel Group.

Three of Mediacorp’s drama series, all of which originally aired on its Tamil-language channel Vasantham and digital destination meWATCH, are now available for free to India-based users of ZEE5.

Seasons one, two and four of suspense drama Vettai (2012 to present) are available along with 54-episode series Uyire (2019), which explores an enigmatic ex-military officer’s explosive past, and 49-episode titles Arivaan (2019-20), based on a barber with paranormal powers and his pursuit of a mysterious mass murderer.