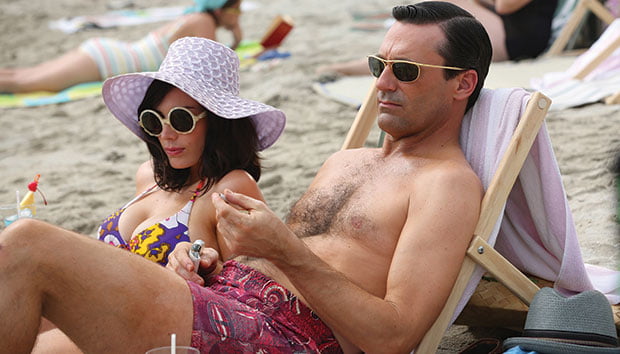 Mad Men will be available exclusively on Super Channel in Canada

The series will be broadcast on Super Channel Fuse with back-to-back episodes airing every weeknight. Each full season will also be available on the network’s VoD service Super Channel On Demand, with seasons one and two already available.

All seven seasons of the series will be available exclusively on Super Channel in Canada until October 1, 2020.

Jackie Pardy, Super Channel chief content officer, said: “Heading into the summer months with at-home audiences gravitating towards comfort viewing, we thought this was the opportune time to launch a binge-worthy library series on Super Channel Fuse. Whether discovering it for the first time, or experiencing it all over again, we are excited to bring one of television’s top series of all time to our viewers.”

Mad Men explores the glamorous and ego-driven Golden Age of advertising, where everyone is selling something and nothing is ever what it seems. The series was created by Matthew Weiner and produced by Lionsgate Television and earned widespread acclaim.

It’s the latest example of networks turning to classic scripted series running to large numbers of episodes to stock their schedules amidst the production shutdown caused by Covid-19.

US networks The CW, NBC, and Fox have all turned to acquisitions of completed programming to fill their fall schedules, while the UK’s Channel 4 has added classic US series Scrubs and Buffy the Vampire Slayer to its offering.