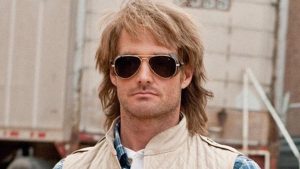 NBCUniversal’s newly launched SVOD service Peacock is firming up its comedy offerings, with several new shows in the works, including a series order for action-comedy MacGruber.

Universal Television will produce the 8 x 30-minute series, which is a parody of classic action series MacGyver, with the titular character originating as a popular sketch on NBC comedy show Saturday Night Live, before being given his own film outing in 2010.

Will Forte, who is also attached to write and executive produce, will reprise his film role as “America’s ultimate hero and uber patriot” MacGuyver, who in this new series is released after more than a decade in prison to take down a mysterious villain from his past.

The Amber Ruffin Show (9 x 30-minutes) is set to launch next month and will showcase the US comedian’s signature “smart and silly” take on the week’s news.

“Having a late-night show on Peacock is so exciting,” said Ruffin. “We can’t wait to write sketches, songs and jokes about this terrible time we call now.”

The 11-part series, with the working title of Untitled Larry Wilmore Show, will also launch next month and see Wilmore in discussion with high profile names from all different backgrounds including sports, politics and entertainment.

Each episode will look at the upcoming US presidential election, and also engage in the important conversations of the week.

The series is being produced by Jax Media and Universal Television. Wilmore, who has an overall production deal with Universal Television, will serve as exec producer, alongside Jo Miller, Tony Hernandez, Brooke Posch, David Miner and Michael Rotenberg.

“I’m honored to have the chance to not only be back on television but to partner with the great team at Peacock,” said Wilmore. “Apparently there’s a lot going on in the world right now and a big election happening soon, so I’m happy to have a place in the conversation.”