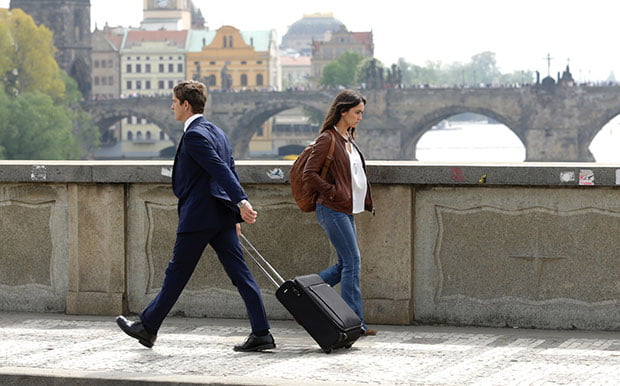 TF1 in France, RTS in Switzerland and Brazil’s Globo TV have all picked up the 10×60’ series, which is produced by Beta subsidiary Cross Productions for Telecinco.

The story introduces Candela, a flamenco dancer from Seville, who bumps into good-looking Italian businessman Massimo when they both become stranded at Prague Airport. Despite living far apart, they continue to meet each other as their relationship grows.

The series, starring Megan Montaner and Alessandro Tiberi, drew a 14.6% share and 2.5 million viewers when it aired on April 7. It is directed by Ivan Silvestrini.

Another Beta series, German anti-war drama The Turncoat (Der Überläufer) has also scored international sales, with NRK in Norway, SVT in Sweden, DR in Denmark and YLE in Finland among the buyers.

ARD’s 4×60’ event miniseries from producer Dreamtool Entertainment is set in 1944 when young German soldier Walter is posted to a small unit in the Polish woods. Torn between his sense of duty, guilt and his conscience, he falls for Polish partisan Wander, who is expecting his child, and he soon begins to question why, who or what he is fighting for.

Based on the novel by Siegfried Lenz, it is directed by Academy Award winner Florian Gallenberger. Almost five million viewers (14% share) tuned in on April 8 and 10, with more than 3.8 million views recorded online.