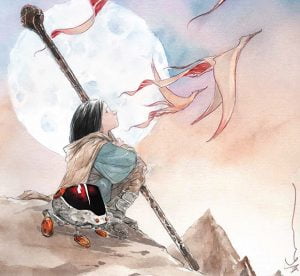 The series will be developed and produced by Lark Productions, in which NBCUniversal International Studios, part of Universal Studio Group, owns an equity stake.

From author Jeff Lemire and comic artist Dustin Nguyen, Descender follows a lovable, optimistic companion robot who is thrust into a hostile cosmos when he discovers that he’s the missing link between a fleet of life-annihilating constructs and modern robotics.

Erin Haskett, president of Lark Productions, said: “Descender/Ascender is a beautifully crafted saga, examining the tolls of technology on nature and humanity, which feels very timely for television.”