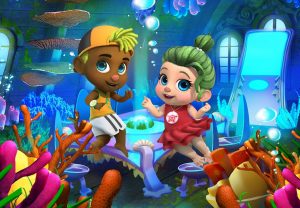 Described as an ‘eco-tainment’ show, the 52 x 11-minute series will follow a group of characters with distinctive seaweed hair, seashell noses and webbed hands and feet as they problem-solve and take action around key environmental issues.

The show is being produced by US-based Baboon Animation, alongside Ireland’s Telegael and China’s AnCartoon. Mike de Seve will serve as showrunner, while former Disney exec Paul Robinson will executive produce.

Martin Krieger, CEO of Studio 100 Media/International, said: “SeaBelievers enthralled us right from the start. A series with such high-quality animation and detailed designs, combined with a strong message and the corresponding cosmos of values and real, informative educational content is exceptional.” 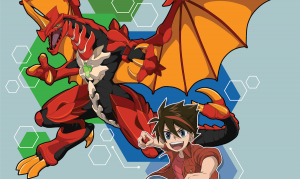 ‘Bakugan’ in slew of global deals

Multiple platforms and broadcasters around the globe have picked up anime franchise Bakugan from Corus Entertainment-owned kids content producer and distributor Nelvana.

The first two seasons of the show, Bakugan: Battle Planet and Bakugan: Armoured Alliance have been acquired by Netflix for the US and Canada, as well as Mexico’s Televisa, Portugal’s Dreamia, POP for the UK, 9Go! For Australia, and many others.

The anime series follows the adventures of Dan Kouzo and his best friends as the first kids on Earth to bond with the mysterious alien creatures known as Bakugan.

“Bakugan is a revered franchise with a loyal fan base that has achieved great popularity worldwide as the series continues to enthrall and capture the attention of young audiences,” said Mellany Masterson, head of Nelvana Enterprises. “The momentous addition of these leading international broadcasters elevates this powerful franchise to the next level and allows Bakugan to be shared and enjoyed by many more brawlers around the world.”