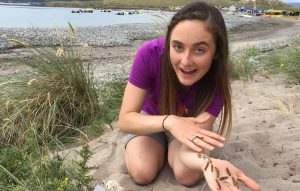 Ireland’s RTÉ Programme Sales has announced its first-ever slate of kids programming for the global market.

Edel Edwards, head of programme sales at RTÉ Programme Sales, commented: ‘RTÉjr is an incredible resource for children in Ireland and we’ve identified a slate that is also perfect for international audiences.” 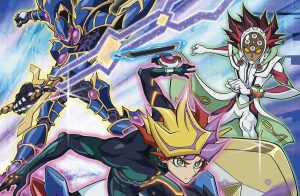 The series follows Yugi and his best friends Joey, Tristan and Téa, who share a love for a card-battling game in which players pit different mystical creatures against one another in creative and strategic duels.

“Yu-Gi-Oh! is pure adventure, fantasy and science fiction and we are confident our audience will be delighted to share in the ‘duels’, especially as they will be among the first to see the new HD version of Yu-Gi-Oh! Duel Monsters,” said Lisa MacKintosh, acquisition executive at Sky Kids.

“AnimeLab is the ultimate destination and online streaming solution for anime fans Down Under,” added Dean Prenc of Madman. “We are excited to expand our offerings with the Yu-Gi-Oh! franchise. 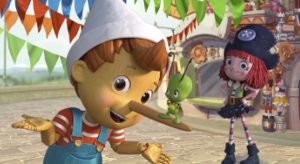 Italy-based Rainbow Group and global animation company Toonz Media Group have teamed up to co-produce a new children’s series based on Italian author Carlo Collodi’s The Adventures Of Pinocchio.

The 26 x 12-minute CGI show Pinocchio And Friends will be targeted at 4 to 7-year-olds and is expected to debut by the end of 2021. In this version, Pinocchio is an enchanted puppet living in today’s modern world.

“The new Pinocchio I imagined speaks to children in a light-hearted, educational way and empowers their dreams. Families will love this compelling series and kids will find their new TV hero in Pinocchio,” said Iginio Straffi, founder and CEO of Rainbow Group.