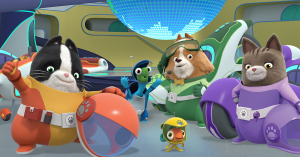 Agent Binky: Pets Of The Universe

Redknot, the production company created as a joint venture between Canadian studio Nelvana and Discovery in the US, has greenlit a second season of Agent Binky: Pets Of The Universe.

The 52 x 11-minute animated series will begin production this coming spring and launch on Corus Entertainment’s Treehouse in Canada and Discovery Kids in Latin America later next year.

Based on the Kids Can Press graphic novels, written and illustrated by Ashley Spires, the series follows agents Binky, Gracie, Gordon, Loo and Nola, who are back on the case and ready to protect their human families from even more aliens, robots, and interstellar threats.

“Agent Binky: Pets Of The Universe is a playful and imaginative series filled with witty, slapstick humour that has connected with audiences around the world,” said Pat Burns, executive manager at Redknot. 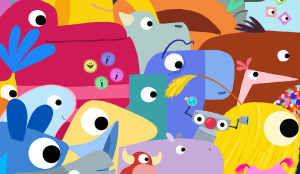 The 50 x 5-minute series, which was developed by Anne Wood (Teletubbies, In The Night Garden), will premiere on BBC-owned CBeebies in the UK on 11 January, with Cake handling worldwide distribution rights outside of the UK.

The show follows the adventures of loveable robot B.O.T. (Beastie Observation Transmitter) as he discovers new worlds and an assortment of bizarre creatures that inhabit them.

“Ragdoll’s reputation for producing high calibre IP’s with proven global appeal is unprecedented in the preschool space and we are thrilled to be working with them on B.O.T. And The Beasties,” commented Ed Galton, CCO and MD at Cake. 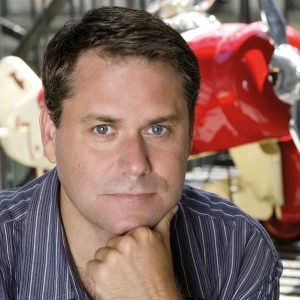 Josh Selig, founder and CEO of Studio 100-owned Little Airplane Productions and its COO Sharon Gomes have left the company.

The move was made following the impact of the pandemic and the business and to “further integrate the activities of our Studio 100 International business unit under the leadership of Barbara Stephen and Martin Krieger in order to create a more streamlined organisation,” explained Studio 100 CEO and founding shareholder, Hans Bourlon.

“While our collaboration has come to an end, I have every faith in the team at Little Airplane and Studio 100 to continue delivering the kind of high-quality preschool shows that Little Airplane is renowned for,” said Selig, who revealed he had plans for a new China/US initiative that he will be announcing “in the coming year” with plans to continue to create and produce children’s content for the global market.

Co-CEOs Stephen and Krieger are to work with the Little Airplane team to ensure continuity on existing projects in the pipeline.