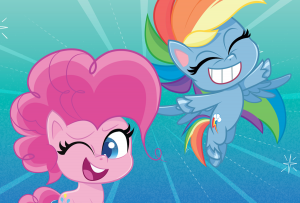 Broadcasters across the world have picked up eOne’s upcoming animated series My Little Pony: Pony Life.

The next screen chapter in the long-running brand is a 40 x 11-minute series, following the adventures of the ponies at Sugarcube Corner, including the ‘Mane 6’ heroes Twilight Sparkle, Applejack, Rarity, Pinkie Pie, Rainbow Dash and Fluttershy.

Turner Australia, Turner South East Asia and Channel 9 GO! in Australia, TVNZ New Zealand, Mediacorp Singapore, Spacetoon in the Middle East, Tiny Pop, part of Sony Pictures Television in the UK, Discovery Kids in Latin America, Discovery Family in the US, Corus Entertainment’s Treehouse in Canada, Disney Channel in Germany, Gulli in France and Cartoonito in Italy, have all picked up the show, which will also be available on selected digital platforms at a later stage.

“Pony Life is a fresh and exciting take on a classic brand, and we are so pleased to be able to bring it to many of our TV and digital partners around the world,” said Monica Candiani, eOne’s EVP of content sales at family brands. 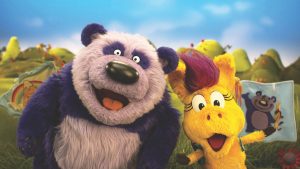 US non-profit kids entertainment company Fred Rogers Productions has teamed up with 9 Story Distribution International to create Donkey Hodie, a new pre-school puppet series, which will be launched to buyers at MIPJunior this month.

The 80 x 11-minute series, which is due to premiere in the US on PBS Kids next year, was created by Spiffy Pictures’ co-founders, Adam Rudman and David Rudman, and developed by Ellen Doherty, Chief Creative Officer at Fred Rogers Productions.

It follows the adventures of Donkey Hodie along with her pals, Purple Panda, Duck Duck, and Bob Dog, as they empower pre-schoolers to “dream big, persevere, and discover that they are capable of overcoming obstacles on their own.”

“We are so happy to be working with our long-standing partner, Fred Rogers Productions, to distribute this delightful show to viewers everywhere,” said Alix Wiseman, SVP of distribution and acquisitions for 9 Story. “Donkey Hodie combines humor, silliness, and a lot of heart to help young viewers tackle some of the problems they face in their daily lives.” 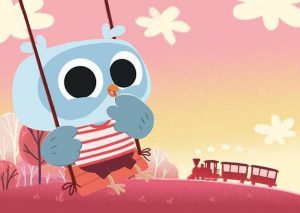 Meta Media to handle Who Who sales

London-based Meta Media Entertainment has been appointed as the worldwide distributor for Croatian pre-school animation series Who Who.

The show, formerly known as Little Who Who, is about exploring the world, diversities and social-emotional challenges through the eyes of a curious little owl as he discovers the world and meets new people.

Who Who was commissioned by Croation public broadcaster HRT, with Simon Rolph (Wussywat The Clumsy Cat) attached as co-creator and head writer on the series.

“It is rare to find a show which so successfully combines such timely themes with charming characters in a beautifully produced series which I’m sure will appeal to audiences worldwide”, said Sara Cooper, founder of Meta Media Entertainment. 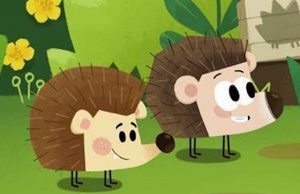 ‘Pins And Nettie’ in slew of sales

RTÉ in Ireland, Showmax in South Africa, YLE in Finland and Hopster in the UK have picked up Daily Madness’ brand new series, Pins And Nettie, following deals with distributor Monster Entertainment, ahead of the series launch at MIPJunior.

The 26 x 5-minute series is aimed at a two-to-five-year-olds and follows two hedgehog best friends as they explore issues of shyness and anxiety in pre-schoolers. The series was first pitched at Cartoon Forum 2019 in Toulouse, France, and quickly moved into production earlier this year. Production has just been completed.

“No child should ever think they are alone in their feelings of shyness or consider themselves less than anyone else for being shy,” said Lindsey Adam, co-creator and producer/director on the series. “And with the lessons learned in Pins And Nettie, we are reassuring both children and parents that shyness doesn’t mean missing out – there is always a way to feel comfortable and join in the fun.”