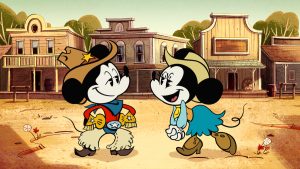 The Wonderful World Of Mickey Mouse

It will land on Disney+ Wednesday, 18 November – the 92nd anniversary of Mickey’s first appearance – with two new shorts rolling out every Friday beginning 27 November. Ten seven-minute shorts will premiere this year, with 10 more following in summer 2021.

The series follows Mickey and his friends – Minnie, Donald, Daisy, Goofy and Pluto – as they navigate “the curveballs of a wild and zany world” with “timeless stories” in modern settings, while retaining the art style of the classic cartoons. 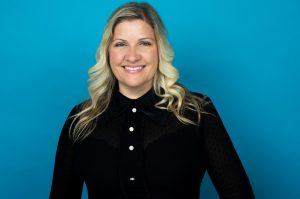 Kids entertainment company Wildbrain has appointed Caroline Tyre to the new position of VP of global sales and rights strategy and created a new role for Lara Ilie, who becomes VP of revenue share & transactional.

The moves come as part of a larger reorganisation of the distribution team to “lean into the the evolving rights landscape with an integrated and forward-thinking approach.”

In her new Toronto-based role, Tyre will be responsible for leading WildBrain’s international sales team outside of China and will oversee the implementation of the company’s commercial content strategy. She will work closely with, and report to, Deirdre Brennan, EVP of content partnerships.

Under the reorganisation, Tyre will spearhead content distribution for US, UK and pan-European markets, previously managed by Jerry Diaz who left the company last month. Her team of sales managers will add several new territories to their remits.

Prior to Wildbrain, Tyre spent five years as director of programming at Teletoon and has held roles at Entertainment One, Spin Master, and the CBC. She also served as SVP of international sales & GM of KartoonChannel! at Genius Brands International, where she launched kids’ streamer Kartoon Channel!

Ilie, meanwhile, will be responsible for expanding WildBrain’s VOD strategy and emerging revenue streams, including revenue-share and transactional partnerships. Ilie will also contribute audience, platform and IP insights and analysis into overall strategy for multiple business units across the company. Also based in Toronto, Ilie will also report to Brennan.

“Caroline joins at a pivotal time for both our industry and the company. She is a strong, client-focused leader combining deep experience with a strategic sensibility. We see tremendous opportunity for rights curation across the landscape of distribution channels and are delighted to welcome her as part of our integrated team, said Brennan.” 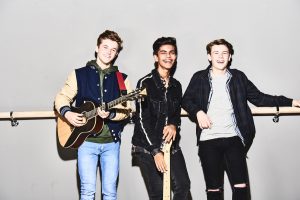 The 26 x 27-minute series, which is produced by Jeremy Salsby’s Saltbeef Productions and co-creator Paul Rose, follows the ups and downs of a boy band as they juggle home life, school and relationships alongside their dreams of pop stardom.

“Almost Never is must-see television for the youth audience,” said Daniel March, managing partner for Dynamic: “The boys are not just well cast, they are incredibly talented musicians who are attracting a huge following and have stardom in their very near future.”