Keshet 12 starts work on Deal With It! reboot

Production on Israeli broadcaster Keshet 12’s reboot of hidden-camera format Deal With It! will commence this week as lockdown restrictions in the territory ease. 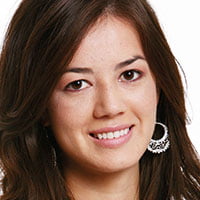 Deal With It! is a prank show in which unsuspecting members of the public are secretly recruited to prank their unwitting companions for cash.

The show was first commissioned by Keshet 12 in 2010, following which it ran for two seasons. After a six-year hiatus, the channel recommissioned Deal With It! in January this year, but production was put on hold when Israel went into lockdown in March.

United Studios is producing the 10×60′ series, which will feature some additional adaptations in order to ensure the safety of the contributors and crew. It is expected to premiere on Keshet 12 in the late summer.

Deal With It! has been distributed by Keshet International into 22 territories, most recently into Italy on Nove, Mexico on Televisa and Slovenia on Planet TV.

“Deal With It! is already one of our best-selling entertainment formats, so it’s exciting to see that it is flexible and scaleable to the current production limitations being experienced around the world at the moment,” said Keshet International senior VP of distribution and new business Kelly Wright.

“The out-of-studio, hidden-camera element makes Deal With It! a fresh, fun and cost-effective format to produce that also offers exactly the kind of shared entertainment so many viewers are looking for right now.”