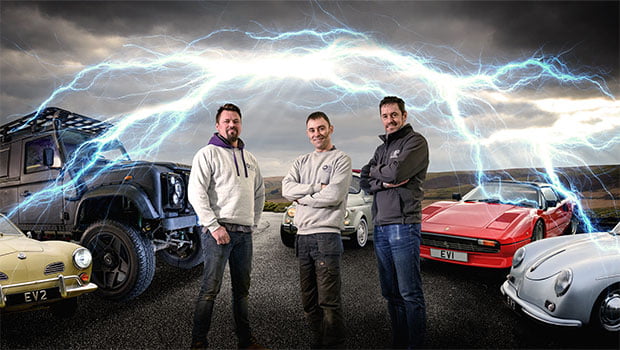 ITV Studios (ITVS) has populated its spring/summer unscripted slate with a host of ready-to-buy programmes, including new shows and returning series.

Available for clients with immediate effect, the line-up’s headline titles include 1×60′ Windfall Films doc Ancient Cathedral Rescue: Inside the Race to Save Notre Dame, which details the ongoing work to rebuild the Parisian landmark following the fire last year. The doc launched on BBC4 in the UK earlier this month.

Also on the slate is Vintage Voltage, a 10×60′ series from Attaboy TV that follows a team of mechanics as they restore and convert popular classic cars, while Inside the Guard (5×60′), from Empire Elite, follows the police of Dublin’s K-District.

From Spun Gold and Whisper, meanwhile, comes Inside Monaco (3×60′), which explores the principality over a season of events including the Grand Prix, as well as providing access to Prince Albert and the royal family.

Also on the slate are two docs from ITVS label MultiStory Media: Return to Belsen (1×60′), which examines the legacy of the Nazi death camp; and Manhunt: Raoul Moat (1×60′), which revisits one of the biggest manhunts in British history.

Meanwhile, Pernel Media’s Attila the Hun (1×90’/2×60′) examines whether the latest discoveries shed new light on one of Europe’s most enigmatic rulers. The programme recently aired on Science Channel in the US.