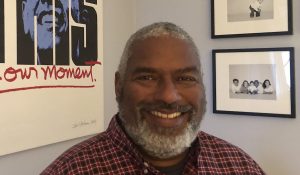 ITV Studios (ITVS) has appointed former Sugar Films CEO Pat Younge as a non-executive director to its board.

Younge takes up the role with immediate effect and replaces Denise O’Donoghue, while remaining co-founder and co-MD of Cardiff Productions, which was launched in May.

Before that, he headed up Sky-backed UK factual producer Sugar Films having previously led the BBC Television Production studio, where he was responsible for more than 2,500 hours of TV programming annually across comedy, drama, entertainment and factual.

Younge also spent four years in the US as president of cablenet Travel Channel Media, where he worked on shows including Anthony Bourdain: No Reservations and Man v Food, having started his career at ITV and Channel 4 in the UK.

Younge said: “It’s good to be coming back to ITV where I started my career. Julian has built a great team and ITV Studios has some fantastic labels, and I hope to help them build on their successes.”

Julian Bellamy, MD of ITVS, added: “Pat is a renowned leader in our industry with extensive experience across programme making, running Studios and TV channels. His contribution to the ITV Studios Board will be invaluable and I’m looking forward to working with him.”