Hell’s Kitchen and Pawn Stars producer ITV America has reshuffled its senior management team with the appointment of a 44 Blue Productions exec, as well as promotions for two others.

Sarah Poage becomes VP of production at ITVA, having previously been EVP at Red Arrow Studios-owned 44 Blue, where she oversaw operations, production and post-production, as well as finance and business affairs.

She had been at 44 Blue for 17 years and had credits on shows including Lockup, Nightwatch, Wahlburgers, Pit Bulls & Parolees and Family Court With Judge Penny.

ITVA has also promoted Danielle DiStefano to EVP of post-operations and technology, while Tonko Soljan has been upped to EVP of business affairs. 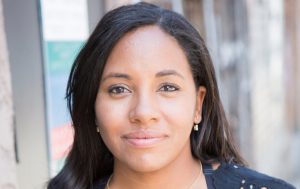 DiStefano oversees all aspects of post-production at ITVA on both the East and West Coasts, while Soljan’s remit extends to the negotiations and brokering of network and streaming commissions, format license agreements, talent agreements, third-party producer deals and strategic alliances.

Finally, Caroline Abaecheta has joined ITVA as an executive producer, having had credits on shows such as America’s Got Talent, Big Brother, The X Factor, Love Island and American Idol, among others. She started her career in the UK where she produced shows including Big Brother and I’m A Celebrity Get Me Out of Here.

David George, ITV America CEO, said: “Danielle and Tonko are part of our foundation and responsible for a great deal of ITV America’s success over the years. As we continue to grow our leaders from within, we also welcome fresh perspective and insight to the organisation from Sarah and Caroline who no doubt will be a key part of our future as our content business diversifies. Even in challenging times, we are gratified to be able to recognize and create opportunity for all.”