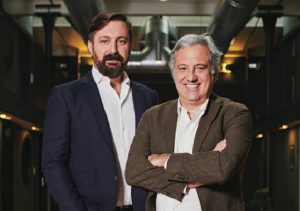 Casta Diva Entertainment will be a part of Casta Diva Pictures and has been founded to create new original formats and find existing formats, which will then be presented to Italian and international broadcasters and streamers.

Righini becomes CCO for the new venture. The veteran exec has worked on projects including the first two editions of Il Collegio for Rai 2, Matrimonio A Prima Vista for Real Time, and 7 Year Switch for Fox.

He also worked on original formats such as Singing In The Car for SkyUno, Me Contro Te Show for Disney and Celebration for Rai 1.

Righini was previously chief creative officer at Banijay’s Italian prodco Nonpanic, which he departed last year as revealed by TBI. He had been with Banijay in Italy for six years, first as a creative producer and then in his most recent role at Nonpanic, leading creative development, scouting international formats and securing deals.

Prior to that, he worked for Mediaset and was also head of channel, programming & content at now defunct Agon.

“The group has always collaborated with the television industry”, said Fabio Nesi, CEO of Casta DivaPictures, “with Massimo Righini, we want to establish ourselves as an excellent Italian quality content provider.”