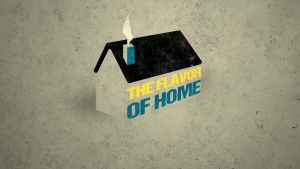 Israel’s Gil Formats is expanding its distribution slate with a new culinary show created by companies in Spain and South Korea.

The Flavour Of Home has been developed and co-produced by Spanish prodcos Prointel and It’s OK, and Korean prodco, Cenmedia.

Each self-contained episode follows a world-renowned celebrity chef who starts a search for the best dishes from the country of three people who left their motherland years before.

The chef will embark on a culinary journey back to their country of origin to find food experts and local chefs. The celebrity cook will then learn how to make the special dishes and return home to try to recreate the dishes for the three individuals.

Assaf Gil, CEO of Gil Formats, said: “It’s a clever format that subtly covers three angles: a social one, by highlighting stories of immigrants and their acceptance in a new country; a culinary angle, by exploring authentic and exotic food from around the globe; and an emotional one, by focusing on the longings for home embodied in sensuous memories of specific tastes and flavours.”

Gil Formats is behind shows including Pregnant And Platonic, which aired in the UK on BBC Two and in Finland on Nelonen, as well as Life On Duty, which aired on Cuatro in Spain.

The company was launched by Israeli producer Assaf Gil, who also heads Gil Productions, which produces local adaptations of The Masked Singer, Dancing With The Stars and Masterchef among numerous others.