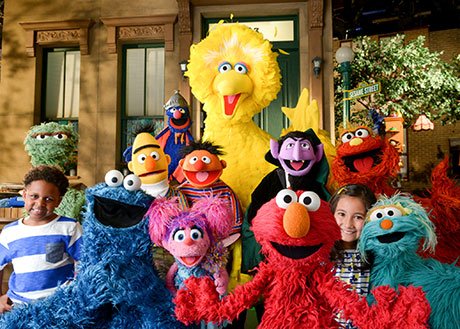 Sesame Street characters will feature in the programme

A host of international broadcasters and streamers have signed up to air a virtual concert from the World Health Organization (WHO) to celebrate and support healthcare workers in the fight against the Covid-19 pandemic.

One World: Together at Home will air on April 18 on ABC, NBC and ViacomCBS Networks in the US, Bell Media in Canada, BBC1 in the UK, RTÉ in Ireland and via beIN Media Group and MultiChoice Group in multiple territories.

Organised by the WHO and Global Citizen International and supported by the United Nations, the historic broadcast will be hosted by Jimmy Fallon, Jimmy Kimmel and Stephen Colbert.

Characters from Sesame Street will also be on hand to help unify and inspire people around the world to take meaningful actions that increase support for the global Covid-19 response, the organisers said.

Global Citizen is also calling on philanthropists to join and support the immediate Covid-19 response efforts as part of the organisation’s Give While You Live effort.

It follows the recent Together at Home series that has featured performances from artists including Common, Camila Cabello, Niall Horan, Steve Aoki, Jennifer Hudson and Rufus Wainwright in support of the WHO and Global Citizen’s campaign.

“As we honour and support the heroic efforts of community health workers, One World: Together at Home aims to serve as a source of unity and encouragement in the global fight to end Covid-19,” said Hugh Evans, co-founder and CEO of Global Citizen.

In related news, BBC1 in the UK has joined forces with the pubcaster’s BBC Studios division and charitable partners Children in Need and Comic Relief to produce a special Saturday night of live television later this month.

The Big Night In will air on Thursday April 23 from 19.00 to 22.00 and mix light entertainment with celebrations of key workers going the extra mile during the coronavirus crisis.

The Big Night In was commissioned by Charlotte Moore, director of BBC Content, and Kate Phillips, controller of BBC Entertainment commissioning.