Coproduction partners in Canada, Australia and Ireland have begun production on the first season of animated series Big Words Small Stories for a number of Canadian broadcasters and ABC down under. 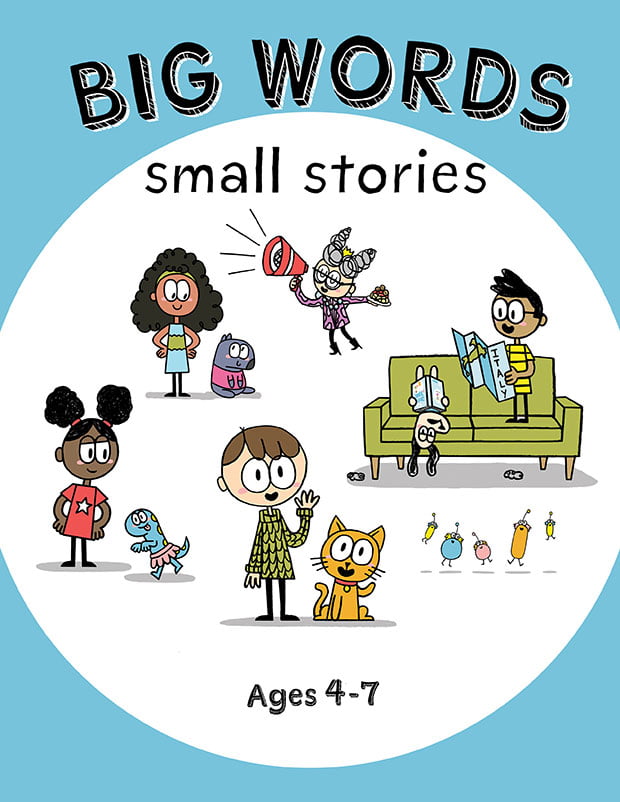 Ottawa-based animation studio Big Jump Entertainment and its partners Moody Street Kids in Australia and Telegael in Ireland are working on the 65×5′ series.

Based on the books created and authored by Judith Henderson, illustrated by TL McBeth and published by Kids Can Press, the animated series has been commissioned by TVO Kids, SRC, TFO and Knowledge Network in Canada and ABC.

The series focuses on small stories that will enlighten kids to the meaning of big words “through funny and delightfully, clever storytelling,” the producers said.

Seen through the eyes of a revolving cast of four kids and their anthropomorphic pets, each five-minute episode introduces viewers to a ‘big’ word, such as flabbergasted, dillydally or conundrum.

“When we were first introduced to Big Words Small Stories by way of the books, we immediately knew it was going to work for kids’ TV and quickly optioned the property. It educates through the best possible method – silliness – while giving children the opportunity to out-smart their parents,” said Karen Swerdfeger, VP of development at Big Jump.

Marney Malabar, director of kids TV at TVO, said: “Our viewers will be delighted by Big Words Small Stories. By introducing them to a new world of words, the show encourages a love of language from an early age, which will help kids get ready for school and for life.”

“We love that Big Words Small Stories allows for children to feel proud to use words that even their parents do not know. This aspect of the series will develop their love for words and language, which is very important and valuable,” added Nathalie Chamberland, director of youth programming at SRC.

“TFO loves the idea of putting big words into small stories. Each episode is silly and fun and introduces one word that will expand children’s vocabulary and awaken their curiosity for language,” said Marianne Lambert, director of coproductions and acquisitions at TFO.