In Conversation: Triple Squirrels’ Tom Skerritt and Leslie Grandy on the launch of the EVRGRN Channel 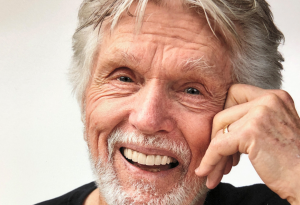 Tom Skerritt, actor and chief creative officer at Seattle-based Triple Squirrels, and CEO Leslie Grandy, discuss the launch of their new lifestyle channel EVRGRN on US AVOD service Stirr and its “inspirational” ethos.

Tom Skerritt needs little introduction. He has been a familiar face on TV and film screens for more than 50 years, from captaining a doomed spaceship in Alien to taking to the skies in Top Gun and policing small-town America in Picket Fences.

His latest adventure, however, keeps him behind the camera and much closer to home. Skerritt founded Seattle-based digital media company Triple Squirrels earlier this year, and the outfit this month launched a new lifestyle channel, EVRGRN, on US AVOD service Stirr (channel 284).

EVRGRN aims to celebrate the “creative and independent spirit” of the US Pacific Northwest region through positive and inspirational programming about and sourced from filmmakers in the area.

Skerritt has partnered with Triple Squirrels CEO Leslie Grandy for the endeavour. A former RealNetworks exec, Grandy launched the RealOne SuperPass online video subscription service back in 2011 and has worked with companies including Apple and Discovery Communications.

There are a lot of young filmmakers up here that are trying to get their work done, their work seen and it’s hard for them to find the distribution, so we present that

She explains that EVRGRN’s ethos is to “lift people up and not pull them down” and tells TBI: “We could take all sorts of things just saying they are from the Pacific Northwest, but Tom and I had a series of conversations about what we wanted the brand to represent and even before the protests and the pandemic we wanted to be inspirational, to encourage people to pursue their passions and challenge the limits of their imagination.” 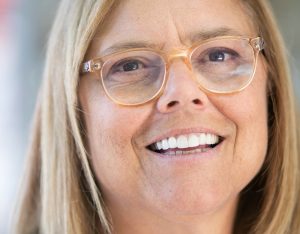 Grandy adds that what makes the region so special is that: “The people that came from the Pacific Northwest did not come from an entertainment capital, but made great art, whether it’s Pearl Jam and Macklemore or Jimi Hendrix, or Dale Chihuly and great chefs.”

She says that while these artists did not come from a typical “industry town” they all “made the industry their own, whatever that was, whether it was the culinary arts or glass blowing or music.”

Making something Out Of Nothing

Skerritt and Grandy say that the EVRGRN offering that perhaps best encapsulates the spirit they are trying to convey is the documentary Out Of Nothing, which tells the story of four men from the Pacific Northwest who built motorcycles out of scrap metal and set out to break land-speed records.

The film is produced by Andrew Lahmann, who knocked on Skerritt’s door about a decade ago seeking filmmaking advice and has been mentored by him ever since.

“This whole of idea of taking scrap metal and making a really fast motorcycle that was going to break the speed record. That dream of four different personalities who put it together; anybody loves that kind of story,” enthuses Skerritt. “A good story has a kind of meat to it and you want to have more of that. I couldn’t get enough.”

Out Of Nothing sits on EVRGRN alongside a rapidly expanding library of acquired content, which includes music programming featuring Pacific Northwest-based artists such as the aforementioned Hendrix and Macklemore, as well as animated films and Seattle International Film Festival selections showcased in an original anthology series, The Snack Bar. Fittingly, the channel also offers a selection of Skerritt’s own films, including Soda Springs, Redwood Highway and Rocky Mountain Fly Highway. 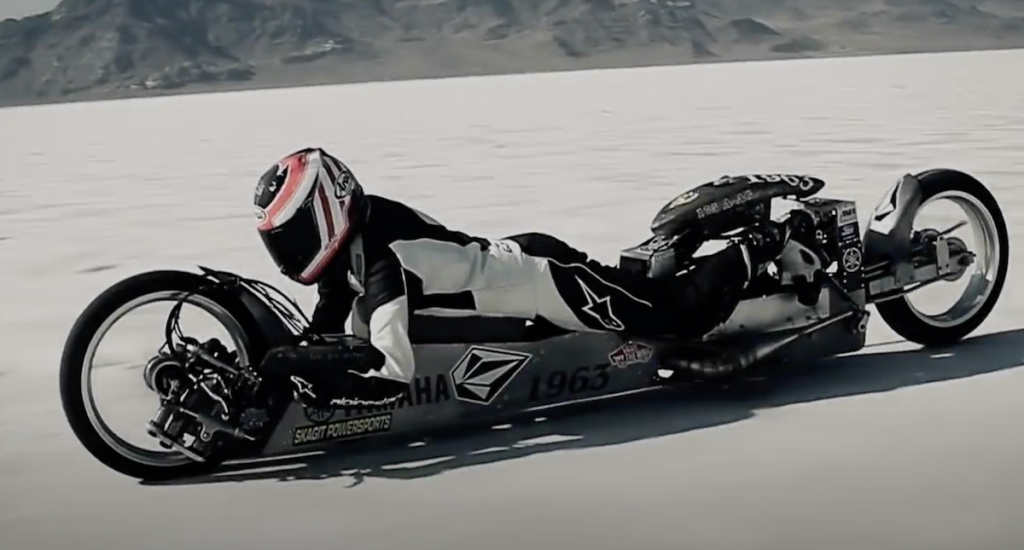 Building on the trend of emerging talent finding new stages to showcase their work, Lahmann is not the only filmmaker whose content Skerritt has been able to bring to the channel.

“I started a school about 18 years ago to teach storytelling in any form. Now we’ve been developing those artists for some time,” he reveals.

“There are a lot of young filmmakers up here that are trying to get their work done, their work seen and it’s hard for them to find the distribution, so we present that.

“So we have the arrogance to think we have a nice library of these filmmakers and as it turns out we have been able to garner quite a few good films.”

Grandy adds that EVRGRN provides a path to discovery for talented young filmmakers from the region “who otherwise wouldn’t be discovered sitting on the back shelf at Amazon Prime or in the vast wasteland of Vimeo and YouTube.”

While Skerritt and Grandy are currently focused on bringing acquired content to air, they do have plans to move into original programming in future.

Skerritt has plans for a series revealing the “origin stories” of some “talented and interesting” individuals, exploring how they first started out, and reveals his own origin was as an aspiring writer and director and that he “never thought of making a living as an actor” until life took him down that path.

He adds that while he is set to return for a scene in the upcoming Top Gun: Maverick, he has no other acting roles lined up and his current focus is on EVRGRN.

As for the longer-term, Grandy says they are looking to expand on to other free ad-supported platforms and, as their content base grows, would consider creating more vertical channels specialising in a particular area.