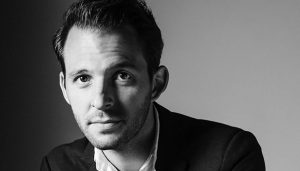 Wilkes’ will have oversight of Imagine’s creative and a remit to develop new opportunities across the prodco’s divisions, which include TV, film, documentaries, kids and international.

He will retain oversight of the docs division, while also working with Tony Hernandez’s Jax Media and Alex Gibney’s Jigsaw Productions, both of which Imagine has stakes in.

Wilkes produced Made In America with Grazer and Howard prior to joining Imagine’s docs division as co-founder with Sara Bernstein.

They have since been behind shows including Rebuilding Paradise for Nat Geo and On Pointe for Disney+.

Grazer and Howard said Wilkes had “shown he is creatively ambitious, has a keen eye for talent and story, and has the ability to masterfully execute his productions.”

“He is a powerful producer and collaborator, and incredibly talent-friendly, engaging with storytellers in a way that allows them to actualise their vision and maximise their abilities,” the duo added.