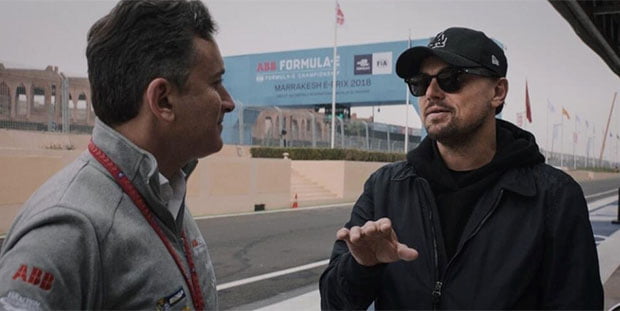 Disney-owned US streamer Hulu has picked up a documentary about the rise of Formula E motor racing, exec produced by Leonardo DiCaprio.

And We Go Green is from filmmakers Fisher Stevens and Malcolm Venville. It is produced by DiCaprio and Jennifer Davisson for Appian Way, along with RadicalMedia and Bloomfish Productions.

The doc will stream in the US on Hulu from June 4, outlining the positive impact the Formula E championship has had on global warming and air pollution.

The film debuted at the 2019 Cannes and Toronto International Film Festivals and is directed by Academy Award winner Stevens (Before the Flood) and Venville (44 Inch Chest, Henry’s Crime).

Stevens and DiCaprio previously collaborated on Before the Flood, a 2016 documentary about climate change which aired on Nat Geo in the US.

The doc provides a behind-the-scenes look at the ABB FIA Formula E Championship and chronicles how the series has become the world’s fastest growing motorsport since its inception in 2014.