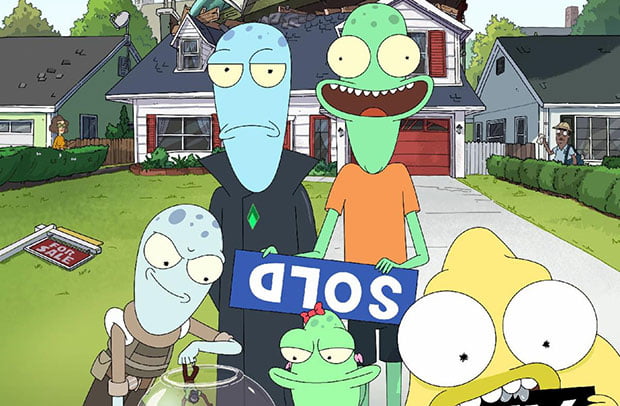 Solar Opposites has been handed a 12-episode third run, having initially been given a two-season order.

The series focuses on a team of four aliens who escape their exploding home world only to crash-land into a new house in suburban America. They are evenly split on whether Earth is awful or awesome.

Crossing Swords, meanwhile, comes from Stoopid Buddy Stoodios. The 10-part series follows a good-hearted peasant who lands a coveted squire position at the royal castle. However, his dream job quickly turns into a nightmare when he learns his beloved kingdom is run by a hornet’s nest of monarchs, crooks and charlatans.

It was created by Tom Root and John Harvatine IV, who will both exec produce the new season. The series is distributed by Sony Pictures Television Studios.