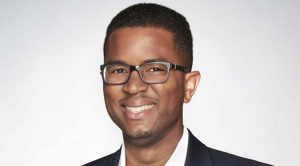 HBO Max’s EVP of acquisitions Michael Quigley has been announced as the opening keynote speaker at NATPE Streaming Plus, which is moving to a fully virtual format.

Quigley will kick off the four-day conference, which will run from 14-17 September and see execs from companies including Fox, Pluto, Tubi and Univision discussing topics including monetisation, audience creation and the state of the streaming industry.

NATPE’s president and CEO JP Bommel said: “As a centerpiece event of our recently launched NATPE Virtual platform, we are thrilled to announce that the second edition of NATPE Streaming Plus will be all virtual, boasting over four full days of sessions from industry leaders, which are now available to an expanded global audience.”

The global business association for content producers, distributors, streamers and buyers earlier this month confirmed that its annual NATPE Budapest event would also be moving fully virtual, starting from 24 August.