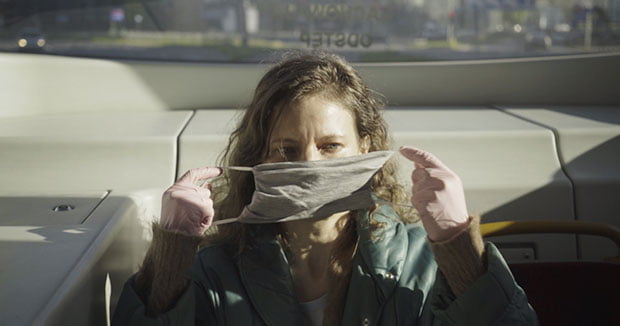 HBO Europe has commissioned Polish at Home, a series of 14 short films about isolation from 16 Polish filmmakers working during lockdown.

The project asked 16 filmmakers (two projects are collaborations) to create 14 short films. The plots must take place in the time of the pandemic, they cannot exceed 10 minutes, all must adhere to lockdown restrictions and the filmmakers must shoot them on their own in four weeks, although the format and genre is up to them.

Izabela Łopuch, head of original production at HBO Poland, said: “While humanity is under lockdown, art transcends borders and knows no limitations. At Home is a project created as a product of artistic freedom, a creative chronicle of restricted individual liberties. I hope that it will be a stimulating and moving story about human struggles in a state of transition – the shift from a world which had a structure we were familiar with to the need to redefine it anew.”

Antony Root, exec VP of programming and production for HBO Europe, added: “More than ever, TV and film are a vital way of connecting people, and each of these films will tell a strong, distinctive story based on a shared experience.

“I’m proud that alongside our At Home anthology series in Spain, we are able to work with the creative community in Poland at this challenging time to provide a platform where they can inspire and entertain audiences, ahead of other production activity resuming when it is safe to do so.”

Films made as part of the project will be released in the coming weeks on HBO GO in Poland, as well as well as on other European HBO platforms at a later date.