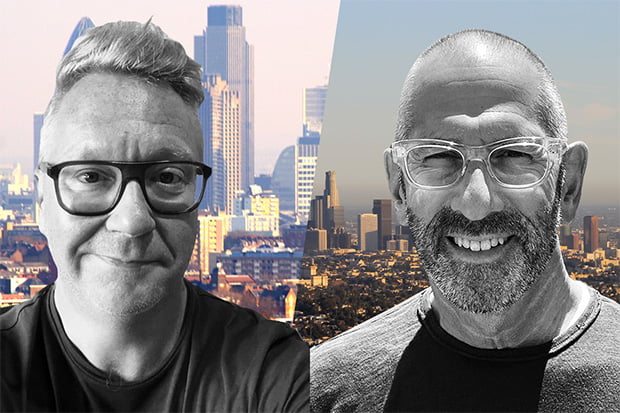 US format specialist The Gurin Company is partnering with Bafta-nominated UK indie Strawberry Blond TV in a transatlantic development deal.

The Gurin Company is behind formats including The Singing Bee, Fridge Wars and Shark Tank, while Strawberry Blond has worked on series including The Great Big Dig, The Playlist and Dave News.

The two will now join forces to develop and produce unscripted and alternative formats from their respective bases in LA and London.

Phil Gurin, president of The Gurin Company, and Steve Wynne, CEO of Strawberry Blond, have previously collaborated on pitches together.

The non-exclusive deal cements their relationship and a slate is already being pitched to broadcasters in both territories.

Shows being pitched include 24 Hours From Here and The Wedding Race, reality show Malled In and comedy dating format Comic Attraction.

Wynne said: “Phil is the nicest and smartest person in TV, even though he’s American. We’re genuinely excited to be finally working together and not just drinking wine.”

Gurin added: “Apparently Steve runs the nicest place to work in British TV, which worries me about the state of the UK industry. Still, he and his team say they are enormously talented, so why not believe them? Plus, we have come up with some killer formats together, so there’s that.”

Both companies continue to be busy during the lockdown with The Gurin Company producing hit series Fridge Wars for Canada’s CBC and soon to debut on The CW in the US, and Strawberry Blond delivering the fourth series of The Playlist for BBC and The Great British Dig for Channel 4 in the UK.