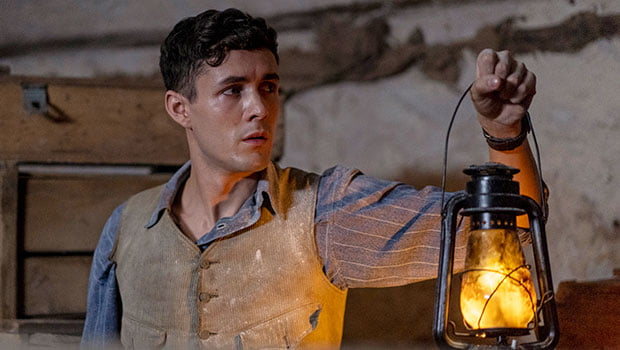 A new producer of drama, documentary and specialist factual content has been set up in the UK county of North Yorkshire with backing from London-based investment group Great Point Media.

Factual Fiction was formed by Emily and Tom Dalton, the North Yorkshire-based husband and wife team behind recent Channel 5 drama Agatha & the Truth of Murder.

It marks the eighth regional prodco to receive backing from the Great Point Ventures Enterprise Investment Fund in 18 months, alongside Little Door Productions, a new drama prodco in Wales.

Factual Fiction will combine Emily Dalton’s background as MD of Endemol Shine’s Darlow Smithson Productions and originator of hits The King in the Car Park, The Mill, 24Hrs in the Past and Made in Great Britain, with Tom’s work as a commercials director and writer and producer of the Agatha trilogy.

The Daltons’ second Agatha film, The Curse of Ishtar, starring Lyndsey Marshall and Jonah Hauer-King, aired towards the end of 2019, while the third, Midnight Murders, starring Helen Baxendale, Blake Harrison and Alistair Petrie is coming soon.

Emily said: “Ishtar and Midnight Murders were shot back-to-back in Malta and went from idea to finished films in 10 months. As the industry consolidates post-lockdown, we aim to bring the same relentless energy and focus to our upcoming projects. We love delivering programmes that viewers are excited by, and our ability to thrive under pressure will be more useful now than ever.”

Wales-based Patrick Irwin (The Fall, Bang, Miss Scarlet & the Duke) has joined Factual Fiction as a consultant. He said: “I have great respect for Emily and Tom and their ability to deliver fantastic shows. As a fellow regional producer, I welcome the shift in the centre of gravity away from the south of England. It’s a very exciting time for the regions and Factual Fiction will be at the heart of it.”

Also joining the Daltons, as a development executive, is commercials director and writer Chamoun Issa, with a remit to manage ideas across the different labels and develop relationships with talent in the north of England.

Jim Reeve, group CEO at Great Point Media, said: “Tom and Emily represent the depth of talent that can be found across the country and we look forward to helping Factual Fiction become an outstanding producer of quality content in the UK and beyond. In spite of the current difficulties faced by the production community, it’s essential investment of this type continues. We must ensure that the UK’s creative industries thrive in the post-coronavirus era.”

It was founded in 2013 by Robert Halmi and Jim Reeve and specialises in the development, investment, distribution and sales of intellectual property in entertainment media. Since 2013, Great Point Media has financed more than 180 projects and invested over US$600m in the media sector.