Covid-19’s impact on production coincided with US studios going direct-to-consumer, creating what appeared to be a sales opportunity like no other. Richard Middleton catches up with the world’s top distribution execs to gauge whether it was a fruitful summer

US studios’ plans to launch their own streamers had been known for some time by the world’s acquisitions execs – but a global pandemic and the associated impact on production had not.

The result of this has seen buyers from broadcasters and streamers around the world scrabbling to ensure they are stocked with premium product, as the impending delays on original productions materialise into gaps in schedules and noticeably thin libraries.

“With a lack of new product coupled with new companies entering the market, we’ve certainly found broadcasters and streamers looking keenly for new shows,” says Stuart Baxter, president of international distribution at Hasbro-owned Entertainment One. “It is a good time to be a distributor, but it’s still not easy, not least because a lot of the traditional [commercial broadcaster] buyers have been impacted.”

Beatriz Campos, SVP of global sales & production financing for TV series at StudioCanal, agrees that the current conditions have “had a huge impact” on finished tape sales. “For European drama, it has also helped to break the language barrier with key players using the opportunity to acquire more foreign language dramas, which form a substantial part of our catalogue,” she continues.

Add that demand to the emerging “new breed” of regional streamers, as Fremantle’s international chief Jens Richter puts it, and the sales environment suddenly looks remarkably bright for firms which have faced their share of challenges these last few years as US studios vertically integrated and global streamers cut them out of territory deals. 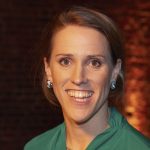 It is a real patchwork quilt now and there is a lot more competition Ruth Berry, ITV Studios

“We’ve seen some real changes recently,” Richter tells TBI. “On one hand, there are more global platforms joining us – we’ve had Disney+, there’s Apple TV+, HBO Max and Netflix and Amazon becoming bigger – and then you have on the other side a new breed of local platforms.

“Some of them are new or they’ve existed a couple of years, but they’re now on the rise,” he continues, pointing to France’s soon-to-launch Salto, BBC Studios and ITV Studios’ expanding joint venture BritBox, Viaplay in the Nordics, Australia’s Stan and numerous platforms in China. Some have been acquiring linear and VOD rights for some time, but the feeling is that the environment has noticeably hotted up. 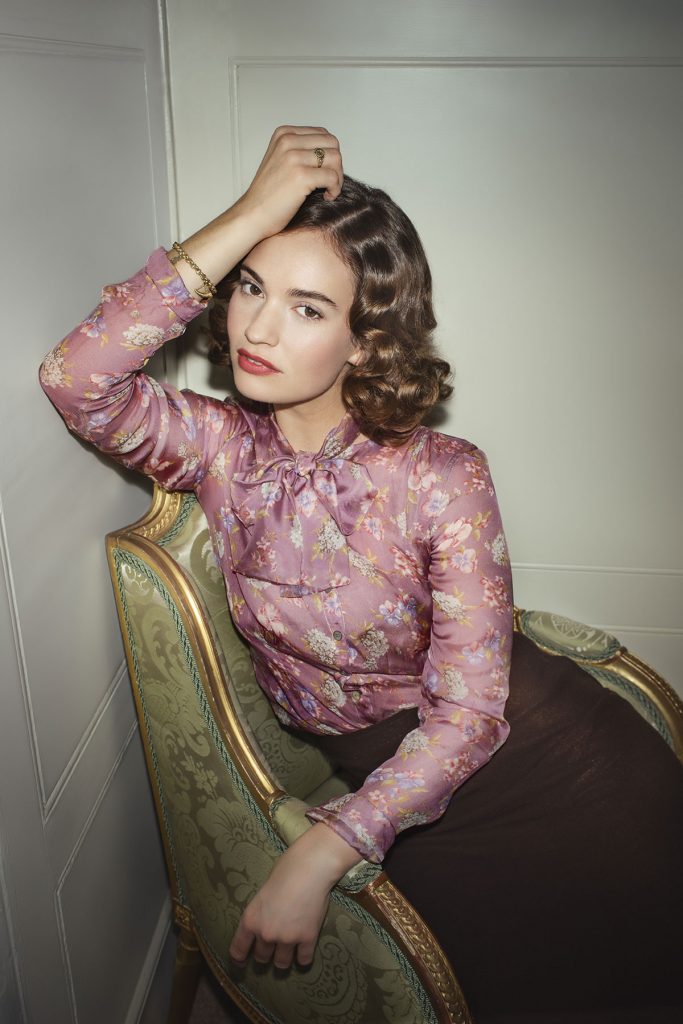 BBC Studios’ The Pursuit Of Love is the subject of a bidding war in the US, aided by the current demand for high-end scripted product

For incumbents such as Netflix and Amazon Prime, as well as distributors, this flurry has caused noticeable changes to the market. Where once a global streaming deal might have been seen as a gold standard, it is now just one of a myriad of options that can result in big returns for IP-owners with multiple buyers interested.

Campos agrees that combining budgets to counter global players is resulting in more opportunities. “For local players to compete with the premium dramas offered by global streamers, we are seeing even more collaborations between broadcasters/local platforms in order for them to access the same high-end production values.”

“It’s becoming less about rights and more about ownership,” says Paul Dempsey, BBC Studios’s president of global distribution. “We’ve gone through years of fragmenting windows down to ensure maximum opportunities in each market, but with audiences now more platform-agnostic and less inclined to differentiate between a live channel, catch up, SVOD or AVOD, and committed to brands they know, to access the broadest audience we need to find the right home and partner, ensuring our content is front and centre, whether that’s through our own D2C platform or partnering with others.”

Dempsey, like Richter and almost all of the distribution chiefs interviewed by TBI for this piece, adds that ensuring audiences can watch shows in the way they want to is key. But that’s at least partly because there are now a bevy of services that together can compete against the might of a single global deal.

“There is certainly an increasing amount of competition from broadcasters who are teaming up to make bigger pan-regional offers,” says ITV Studios (ITVS) MD of global distribution Ruth Berry, pointing to recent deals that have seen Vigil, the drama from World Productions, sold across the Nordics by her company. Another deal saw it sold to BBC Studios Australia, which acquired premiere rights, while SBS took the free-TV premiere window.

Like Richter, Berry also points to the variety of regional players, ranging from Starzplay, which “isn’t global but not pure territory,” to Amazon, which will buy just North America, or BritBox, which will acquire for a few territories. “It is a real patchwork quilt now and there’s a lot more competition in the market, with companies a lot more selective,” she adds.

Banijay Rights’ Matt Creasey, EVP of sales, acquisitions and co-productions for the world excluding EMEA, says that his giant sales firm – now with the addition of shows from his former employer Endemol Shine Group – has seen “an uptick for scripted and finished programming.”

“Quality storytelling and well-known brands, IP and characters that resonate with audiences have been highly sought since the pandemic hit,” he says. There has not, in his experience, been a great shift in the biggest streamers’ demands though, with Amazon still offering “a wide degree of flexibility”. Netflix, he adds, still wants a global deal on major co-produced scripted product.

And that, for scripted product, certainly seems key, although again there are opportunities, as Berry points out. The world’s biggest streamer snagged ITVS drama The Bodyguard in 2018, but the deal was predicated of course on a period of exclusivity, meaning ITVS is able to sell the show into the free-to-air space.

Such a deal underlines the importance of owning IP, and distributors’ ongoing strategy of investing at the earliest possible opportunity in series remains key, as companies finance development and own prodcos to get their grip on the product.

Baxter says Hasbro’s acquisition of eOne has made a “big difference” in this regard, with the independent studio developing “numerous projects” based on the giant toy company’s well-known brands. It also provides a differentiator to ‘independent’ streaming giants, because, as the eOne exec points out, while the US studios have brands aplenty at their disposal, streamers do not.

The importance of this part of the modern distributor’s arsenal to remain relevant is key of course and the number of buyers in the market is again impacting how this area of the business is changing. Creasey says more high-end SVOD players have balanced out the deal-making process in this regard, especially in the US.

“With drama, we’re going into the US pitching at script stage with a (hopefully) exciting package of writer, director, producer and some key cast,” he says. “Depending on what the project is, there is an interesting array of VOD platforms that we can pitch to now. That creates competition and gives us more opportunities and helps with the deal.”

Those deals are still often complex and detailed, so it doesn’t necessarily make the agreement easier, he adds, but it means more places to go with the projects and therefore more opportunities to finance the shows. 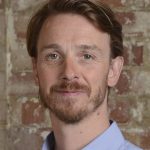 Yet when it comes down to a straight finished tape sale, rather than a pre-buy dressed up as a co-pro, the financial might of a global deal often remains irresistible. “When a show is sought after and there’s strong competition for it, the global number, compared to selling territory by territory, is very difficult to ignore,” Creasey continues.

“However, there are many instances when there is a lot of benefit to selling territory by territory and longer term we can deliver strong royalties for our producers from the revenues generated.”

Richter agrees that it’s a bespoke approach, and points to a show such as his recently launched drama Salisbury Poisoning, with an eminently sellable storyline that can work on a territory-by-territory approach. It can sell “again and again,” he adds. Dempsey, meanwhile, says BBCS’s flagship drama of the autumn, Emily Mortimer’s The Pursuit of Love, is the subject of a bidding war in the US, aided by his company’s regional rights stance and the demand for high end product.

“At the end of the day, we need to finance the shows and make money, and we put a lot in and need to make it back,” says Richter. “In terms of deal making, it is interesting that Amazon and most of the other platforms are more flexible – they also take a more bespoke approach.

“We financed a show and went out with La Jauria from Fabula, which launched with Amazon in Latin America, for example. They only took Lat Am,” he says, allowing the company to sell to rest of world.

There is also a question over how shows are marketed. Salisbury Poisoning requires little selling to the viewer, he highlights, unlike We Are Who We Are, the Luca Guadagnino drama that is being co-produced by HBO in the US and Sky Italia, which has been snagged by the UK’s BBC3.

“On an original creative idea like We Are Who We Are, it’s an outstanding show – you want to explain up front what kind of series viewers can expect and who should come to it so you need a bigger marketing approach, which could mean a local player might be in a better position.”

Just how this demand for content will play out longer term requires a long hard gaze into the crystal ball. While Covid-19 has hamstrung every premium scripted project globally, many are now beginning to get the cogs of production whirring again. 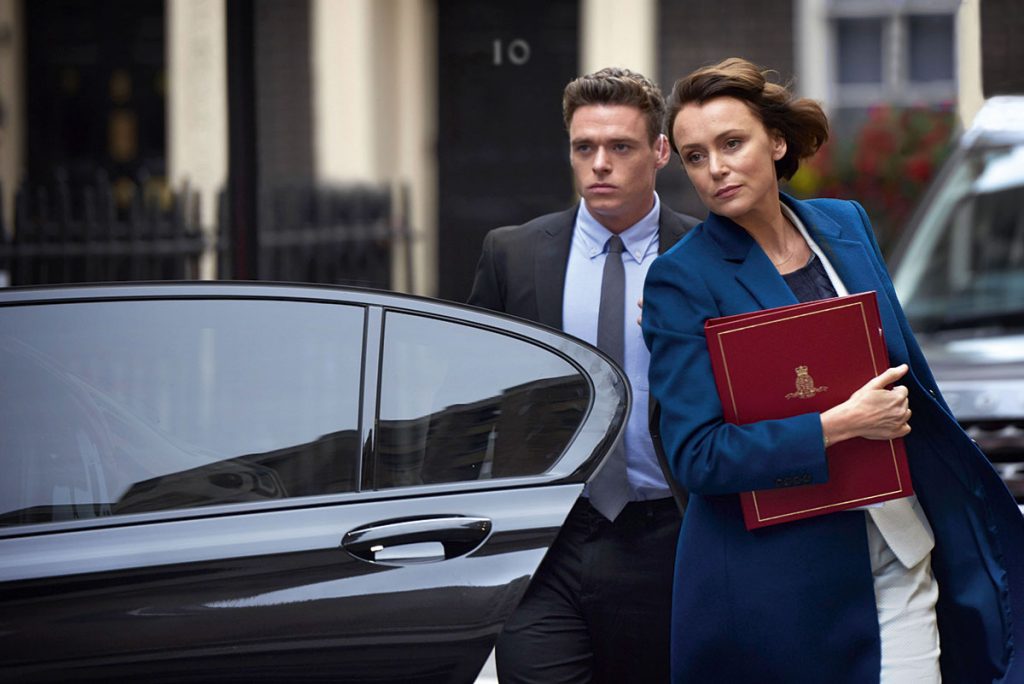 ITV Studios drama The Bodyguard was acquired by Netflix in 2018 but has since sold to Korea’s CJ E&M and Seven Network in Oz, among others

At the same time, there has been a huge amount of development going on during lockdowns around the world that look likely to result in a flurry of programming when the environment improves. Add that to the evolving situation in the US – as the giant studios look to jump the traditional distribution mechanism and go DTC – and it seems likely that the demand for finished product, at least, can only diminish.

“There is a question about how much content will be co-produced and acquired from outside the vertically integrated studios,” Creasey says. “For now, there are opportunities, as the streamers build out their new services. We will wait to see how this plays out in the coming two years.

“The pandemic has skewed this for the time being as many platforms have scrambled to find content now that their own pipeline has been impacted. Once this is up and running again, will these opportunities diminish? We are very optimistic, as we are platform agnostic and can co-produce and sell content to anyone.”

Richter agrees. “There are numerous global platforms, but you also have the US studio consolidation and their DTC strategies. If Disney and Fox now sit in the same world and they’re launching their own global services, how much are they selling in the open market?”

Such a vertically integrated industry for a few US-based giants is one thing, but what happens next will ultimately depend, as ever, on the viewer. As the industry starts to re-emerge after this most unusual of periods, the hope surely has to be that healthy competition will deliver engaging shows to keep all manner of buyers in business.