Getting into the room

Getting into the room

The series producer of BBC2 commission Cuba: Castro vs The World discusses access issues surrounding defining ‘in the room’ history and factual series.

Cuba is the one that nearly got away.

For more years than I like to remember, I have been producing TV histories that reveal what happens at crucial moments of international crisis. Brook Lapping has expanded into new fields, but I stick with the method I devised with Brian Lapping to let viewers see what it was like inside the room when the really big decisions were made.

While still in the White House, President Obama told us why he decided to bomb Syria after Assad used chemical weapons – and then reversed himself. Bill Clinton revealed how close he came to making Arab-Israeli peace at Camp David – and we persuaded both Arafat and the Israelis to say why they’d refused him in the last hours of his presidency.

From the Kremlin, Gorbachev lamented how his gentle reform of communism backfired to destroy the Soviet Union; a decade later, Putin told how he came to back Bush and Blair’s diplomacy after 9/11. The technique is simple: we just ask the same question of each leader: “What did you say to him – and what did he say in return?”

But in Cuba, Fidel Castro’s Foreign Ministry would not even reply to an introductory fax. (Yes, that’s really how they communicate.) 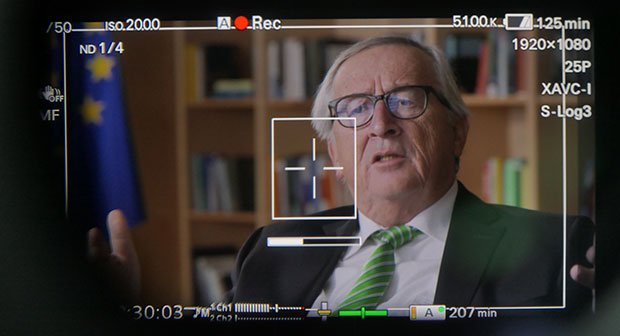 In 2015, for our BBC series Inside Obama’s White House, we wanted to explore the president’s initiative to end 50 years of standoff with Cuba. Obama’s negotiator, Ben Rhodes, told their side of the talks brilliantly. But our rule is ‘multi-sided accounts only.’ No Cubans, no story. So, we turned instead to Obama’s efforts to do a deal with another adversary, Iran.

But Castro’s story still intrigued us. When we went to pitch the next one to the BBC’s director of television, Charlotte Moore, Cuba was an option. However, in the summer of 2016, only one subject mattered: what had possessed David Cameron to give in to calls for a referendum on the UK’s EU membership? The result was our 2019 series Inside Europe. Leaving that meeting, Charlotte said, rather wistfully: “It would be really nice to do Cuba as well, but there just isn’t enough money for two.”

But the story of tiny Cuba’s stand against the US and the rest of the world had got under our skins. My team is famous for their persistence (some call it pigheadedness). I’d receive occasional emails from producer/director Mick Gold who’d come across a living Bay of Pigs fighter or an octogenarian Soviet diplomat who’d had a tussle with Castro.

Then producer director Delphine Jaudeau suggested coproducing with a French company with links to Castro, which would get us access – and extra cash. The founder of Temps Noir, Ignacio Ramonet, had hours of taped interviews with his friend Fidel. A perfect marriage.

In the winter of 2018, Mick, Delphine and I went on a recce. The Cubans were wary. Obama’s thaw had given way to Donald Trump. Even the taxi drivers were afraid to talk; when we raised politics, they sidestepped to the Beatles.

Nonetheless, our French colleagues found us Cubans with extraordinary stories that demonstrated Castro was not just a Soviet puppet. In the first episode, The Armed Struggle, a Russian official exclaims in exasperation, “Little Cuba. 110,000 square kilometres and it acted almost like a superpower in the international arena.” 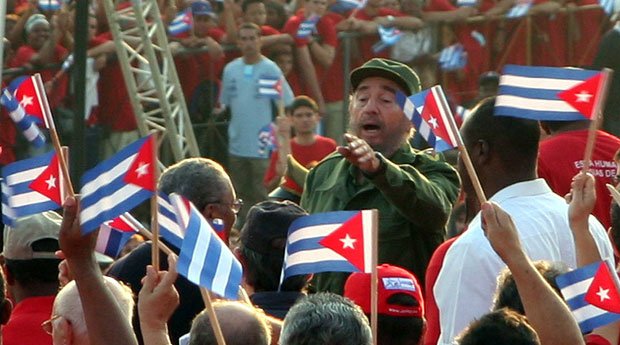 President Bill Clinton had a personal gripe with Castro – blaming him for losing his re-election bid as governor of Arkansas when Castro purposely flooded his state with refugees. But when he tried a repeat on him as president, Clinton fought back hard: “I was brutally frank privately with Castro: ‘I’d been down this road, you did it to me before. That’s not gonna happen again.’”

In my three previous interviews with Clinton, he showed his gift for putting you right in the room with him and his interlocutor – but he was at his most evocative telling the tale of his fight with Castro and its disastrous consequences for America’s relations with Cuba.

Of course, our original quest was for the Cubans who helped make Obama’s deal. When the president received Pope Benedict at the White House, the Pope agreed to write a private letter to Raul, Fidel’s brother, the Castro who was now in charge. Cuba’s Cardinal Ortega was at the meeting and told us how he secretly delivered the letter that opened the talks. But the talks got stuck when the US would not release Cuba’s top spy – Gerardo Hernandez – serving a life sentence in a Texas jail.

His story? Hernandez told how a phial of his semen unblocked the talks. Episode two, The Charm Offensive, unravels that riddle.

Is our ‘in the room’ brand of programming doomed? I first heard of its death sentence three decades ago. OK, series do get shorter – our first, about the end of the British Empire, had 14 episodes; now we settle for three. The BBC still pays no more than half and it takes longer to find the US broadcaster to help fund the rest. I’m halfway through our next series, Trump on the World Stage, due for broadcast just before the inauguration. No, I can’t tell you which US broadcaster will show that one, but watch this space.

Cuba: Castro vs the World is produced by Brook Lapping, part of Zinc Media Group. It will launch on BBC2 on August 4.