Kartoon Channel!, the children’s digital network launched on Monday by US kids’ media company Genius Brands International, has revealed the programming it is set to feature. 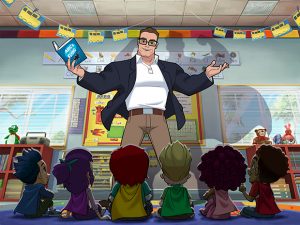 Aimed at two- to 11-year-olds and their families, Kartoon Channel! plans to have more than 4,000 episodes of kids’ programming available by the end of this month.

Among the initial 1,000 episodes are animated short The Pig on the Hill, the Angry Birds series, shorts Baby Einstein and Llama Llama, and Minecraft-themed show Journey to the End.

In mid-summer, Kartoon Channel! will add Friday Family Fun Film, which will debut original animated family films for kids and parents to watch together every Friday night. The hosted slot will feature films that are both produced in-house and acquired.

Upcoming comedy-adventure series Stan Lee’s Superhero Kindergarten, starring Arnold Schwarzenegger, will debut on the channel in the first quarter of 2021.