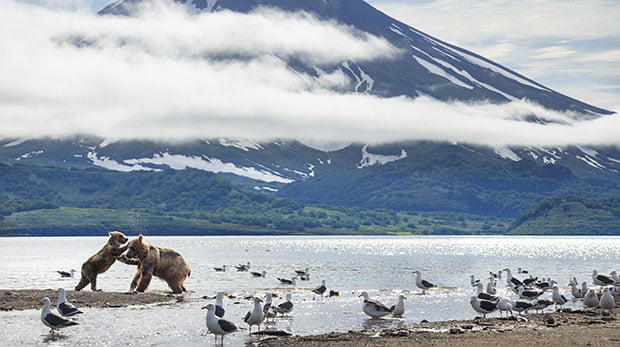 Russian free-to-air (FTA) channel Friday! is continuing its partnership with BBC Studios (BBCS) in the UK for the BBC Planet franchise.

Under the extended agreement, Friday! will become the exclusive Russian FTA home of the BBCS Natural History Unit and Silverback Films’ next five landmark series.

The other titles included are Seven Worlds, One Planet, which aired on BBC1 in the UK in 2019, plus forthcoming duo The Green Planet, which the Natural History Unit is making for the BBC and US pubcaster PBS, and A Perfect Planet, which is being produced by Silverback for the BBC and Discovery. All the projects are fronted by Sir David Attenborough.

Salim Mukaddam, senior VP for Central and Eastern Europe, the Mediterranean and Africa at BBC Studios, said: “Friday! has been the destination for our premium natural history and science programming in Russia since 2018 and has attracted a growing, and younger, audience to our programming.

“This long-term agreement will provide a dedicated home to our landmark natural history series into 2022 and will enable local audiences to better understand the greatest issues affecting our planet and our relationship with the natural world.”