The International Format Awards, which were due to be presented at MipTV in April, are to be presented online this year, surrounded by a series of digital initiatives that celebrate the best in creativity.

In the revised digital format, finalists in each category will be announced daily over 10 days beginning June 10, with The Format Awards Show streamed live on June 25 at 7am PST, 3pm BST, 4pm CET and late evening across Asia.

This year, 231 shows are entered in the competition, which is organised by C21Media in association with FRAPA, EMC and MipFormats. 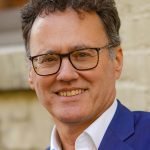 This year the Gold Award will be presented to Wayne Garvie, president of international production at Sony Pictures Television.

The categories for the 2020 awards are: 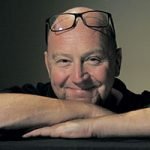 David Jenkinson, C21’s editor-in-chief & managing director, said: “Having seen such an amazing collection of shows entered this year, we felt it was unfair to wait until the autumn to run the awards.

“We will create an exciting digital event which celebrates the finalists and winners and deliver that online during June. In the current climate, this feels like the most sensible option, and we hope it will, in its own way, reflect the creative ambition of the business to adapt and move forward.” 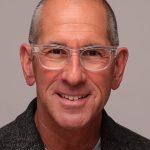 Phil Gurin, co-chair of FRAPA, added: “It’s a good thing for our business to recognise creative excellence. Now, more than ever, taking time to acknowledge superior achievement can bring a bit of normality to these otherwise unstable times. Another year moves forward and here come the Format Awards. Better late than never! Congrats to all the nominees and good luck!”

“Life after lockdown is going to be different for the formats industry and undoubtedly more difficult, at least in the short term,” added Jan Salling, co-chair of FRAPA. 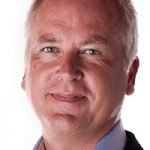 “It’s not going to be great, but I don’t believe that it will all be bad either. Working from home has become the new normal for most of us and events and even entire TV festivals have been taking place online. It’s not the same – and it’s certainly not as much fun – but business is still getting done. As such, I am glad that we are now also able to pick up on these prestigious awards in an online version.

“The formats industry’s job is not only to entertain and provide escapism, but also to hold up a mirror to the world around us and help people make sense of their lives. People’s realities have already changed and will continue to change as a result of CV19. I hope that will be reflected in the formats and storytelling to come.” 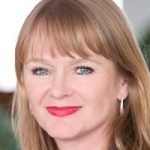 Lucy Smith, Reed Midem’s head of television, said: “Demand for innovative formats that translate successfully across international markets is going to be higher than ever as the industry recovers.

“We are delighted to be supporting and celebrating the creativity of this vibrant genre in 2020.”

We wish all of the entrants the best of luck in the 2020 International Format Awards. Stay tuned for more information and mark your diary for the LIVE STREAMED GALA FINAL.