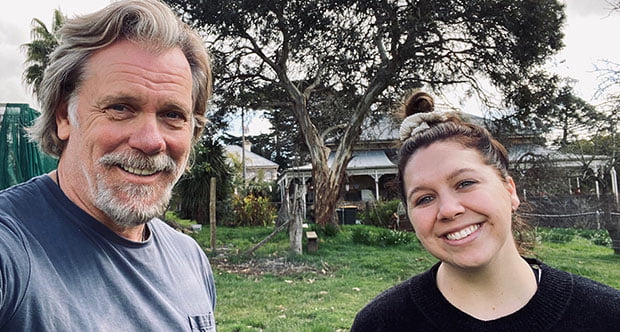 Filming has begun on ABC comedy Aftertaste, the first major production to shoot in South Australia since the global shutdown caused by Covid-19.

Aftertaste will be filmed across Adelaide and the Adelaide Hills region over the next five weeks and will premiere next year on the Australian public broadcaster.

Created by Julie De Fina and Matthew Bate and directed by Jonathan Brough (The End), the production is being run by a crew of 76 and features 34 cast members, and is expected to employ almost 200 local extras.

The six-part comedy, from Adelaide’s Closer Productions, sees Erik Thomson play an internationally renowned yet volatile celebrity chef who has a spectacular fall from grace and returns to his home town in the Adelaide Hills.

He tries to rebuild his career and restore his reputation, with the help of his talented young pastry-chef niece, played by Natalie Abbott.

The production has received major investment from Screen Australia in association with the South Australian Film Corporation (SAFC) and has been supported by the ABC.

David Pisoni, minister for innovation and skills for South Australia, said: “SA Health has also played a vital role in enabling production to restart safely, and we warmly thank the additional 10 interstate cast and crew for their cooperation and willingness to adhere to SA Health regulations and quarantine requirements.”

SAFC CEO Kate Croser added that the SAFC-commissioned Deloitte Risk Assessment Tool was crucial to ensuring the production could meet its Covid-safe requirements.

“We congratulate Closer Productions on this home-grown ABC primetime comedy commission, the first for a South Australian company, and their determination to get this great new series on screen. They are paving the way for other productions to start shooting in South Australia,” said Croser.