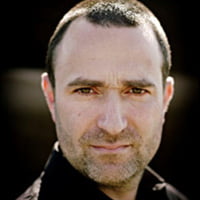 The series tells the story of young businessman Frank Stigter who, after several unsuccessful attempts to start his own business, sees his chance when the national telephone company introduces premium-rate numbers.

With the help of his brother and sister and some dubious investors, Frank starts the first telecoms sex company in Europe. What starts as a clumsy improvised experiment in their parents’ garage, rapidly develops into a multimillion-dollar industry.

“Dirty Lines gives you a glimpse into the late 80s when the Netherlands underwent huge changes. The rise of the club scene in Amsterdam, with its fast money and inevitable darker underbelly, provides the perfect backdrop for a show that grapples with sexuality and power,” said Korthuis.