The Masked Singer distributor Fremantle and national broadcaster Ukraine have settled their format dispute with domestic rival 1+1 over an alleged copycatting of the hit entertainment show.

The disagreement began in October when the broadcaster accused 1+1 of ripping off The Masked Singer with its show Maskarad, a local remake of Romanian format Mysteries In The Spotlight, which is sold by Antena TV Group.

Ukraine, which is understood to have acquired rights to The Masked Singer after beating off competition from 1+1, claimed Maskarad included key elements from the hit Korean format that were not in the original Romanian show.

1+1 denied the accusations and said its show was a legitimate adaptation of Mysteries In The Spotlight.

Fremantle, Ukraine and The Masked Singer’s Korean owners MBC then referred the matter to the Format Recognition and Protection Association (FRAPA), whose report said there were “striking similarities” between Masquerade and the Russian version of The Masked Singer, which it used for comparison.

However, FRAPA ruled that the shows were only 73% similar – below the organisation’s own threshold of 80% that it says proves that a format is a copy.

1+1 subsequently told TBI that it was “not planning to make any changes” toMasquerade and as the dispute heated up, both sides publicly threatened legal action. TBI has learned this has now been averted, however, after lawyers for all parties struck a settlement deal. 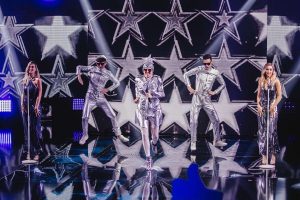 The agreement, which comes after 1+1 had its membership of FRAPA confirmed late last year, will see both shows continuing to air.

In a statement to TBI, the companies involved said: “Fremantle, TV channel Ukraine and 1+1 Media have reached a settlement over their dispute surrounding the adaptations of The Masked Singer and Mysteries In The Spotlight.

“Terms have been agreed to ensure that the two formats are clearly differentiated, with any future series of both shows now adhering to strict format rules.”

These “terms” include a number of guarantees from each party designed to keep the shows differentiated. Key format elements of each show have been established, and the parties have agreed these will be maintained and may not be incorporated in the other programme.

1+1 has also agreed that any future seasons of Maskarad observe format rules to more clearly differentiate it from The Masked Singer, including showcasing a greater variety of talents across disciplines such as dance, comedy, circus and drama.

No more than 50% of the masked performers in each episode can have singing as their act, while other agreed changes include increasing the number of celebrities that must unmask in each episode to at least two. There will also be changes to the way in which the panels are given clues about the identity of the masked contestant, to ensure there is less reliance on the celebrity giving clues in a digitally altered voice.

Ukraine, meanwhile, has agreed to ensure that its adaptations of The Masked Singer do not incorporate key elements of Mysteries In The Spotlight, such as two competing panels or episodes featuring a mix of different talents. 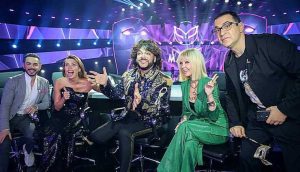 Tony Stern, EVP of commercial & business affairs at Fremantle, said: “We are very pleased that this dispute has been able to be resolved amicably. It is hugely important that where formats contain similar features, the format owners, broadcasters and producers work to ensure that the differences between them are maintained so that each remains clearly distinctive. We are glad that this has been recognised by all parties here.”

Viktoria Korogod, director at Ukraine, added: “We welcome this settlement agreement as a way of efficiently resolving legal disputes established in a civilised society. It is important to us that during the debate the parties managed to establish clear requirements for each format and guaranteed to maintain them. We strongly believe that our example will become an important step in creating a civilised market of audiovisual content and copyright and TV format protection in Ukraine.”

Yaroslav Pakholchuk, general director of 1+1 Media, said: “Resolution of the conflict in the manner where the parties meet at the negotiating table, hear and consider each other’s arguments and agree upon the rules for subsequent work is the unprecedented practice in the Ukrainian TV industry.

“I am sure that this case will facilitate development and improvement of the entire media market, and will be a role model demonstrating that an understanding can be reached in any situation through negotiation on a win-win basis, when there are common values and principles.”

All parties have agreed that Ukraine will now broadcast its next season of The Masked Singer in winter 2021, while 1+1 Media has the right to broadcast the second season of Maskarad in the autumn, as per terms agreed with Mysteries In The Spotlight forest owner Antena TV Group.

The Masked Singer – which originated out of Korean broadcaster MBC as The King of Mask Singer – has been one of the biggest entertainment formats of recent years, with local versions in the UK with ITV and Fox in the US, among more than 30 other deals.