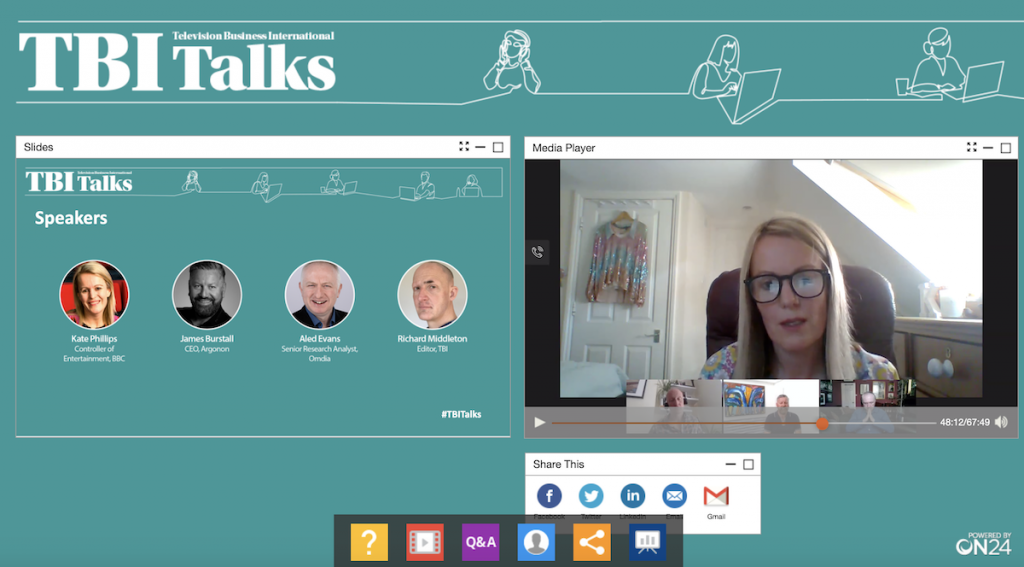 BBC entertainment chief Kate Phillips has revealed how the public broadcaster is planning to ensure the production of Strictly Come Dancing can go ahead safely later this year, and urged producers not to “self-censor” the types of shows they take to her.

Phillips, speaking on yesterday’s TBI Talks, said that she was confident the hit entertainment format would make it onto UK screens later this year and said that while there would be “compromises”, she expected it to remain a hit with audiences.

“BBC Studios has been phenomenal in working to make that show stand up, she said. “I oversaw the international versions while I was at BBC Worldwide [now known as BBC Studios], and what’s good is that some countries have already done the format. So, with our creative exchange – where all countries gather and share intel, on Zoom this year – we could see what they did in Germany or Australia and learn form that. We could see it was doable.”

Phillips said the professional dancers would be paired with celebrities to practice routines, but the duos would then keep contact with other contestants to a minimum. 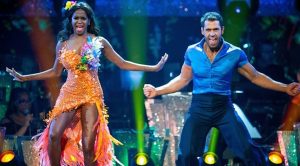 “If someone tests positive for Covid – we will of course be doing regular testing, I can’t stress enough that the health and safety of cast and crew is the most important thing here – it would be contained within that partnership, so everyone else could hopefully continue because they won’t have had contact.

“You won’t be seeing eveyone gathered in the ‘Claudia’ area hugging, for example, and crews will be using much bigger areas in the studio so there is more distance between them. The set will be redesigned, because we don’t want that big cavernous set if there’s no audience, so the designers are being very clever with that, we’re looking at how we’ll position the band and the judges, then of course how hair and make-up works.

“It is a massive undertaking but I am confidence we can get there.”

Phillips, who said that more than 60 hours of new entertainment content had been commissioned during lockdown, also said that formats from outside the UK remain of interest, despite the recent order for a local version of Korean drama I Can See Your Voice.

She added that the corporation was currently looking particularly for feel-good factual shows for BBC Two, as well as “noisy big pieces” for its online-only BBC Three and it VOD iPlayer service.

“You’ve got to give people something big that they will want to root out on iPlayer,” said Phillips, praising the series Ru Paul’s Drag Race UK as one such “glorious show” that she was particularly proud of having brought to the BBC.

“We did it because it is the type of show you don’t expect to see on the BBC,” said Phillips that some producers “self-censor” when they bring shows to the BBC. “Don’t presume what we would and wouldn’t do, because we really are up for big, bold ideas and taking risks.” 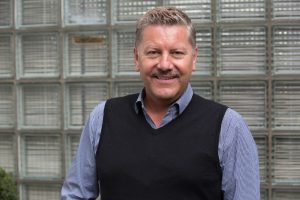 Argonon CEO James Burstall, who also appeared on yesterday’s session, told TBI that his group had been forced to adapt quickly following the pandemic, but had been helped by starting its planning in January, as the virus spread in Asia.

He added that Argonon companies had won 60 hours of commissions during lockdown and said that his production firm had been able to continue filming around the world in territories “where there was no Covid or places where there were no people”.

He praised “lateral thinking” for keeping filming “ticking over” and revealed that Argonon is set to work on a major scripted project this summer, keeping details under wraps.

Burstall, who spoke earlier this week to TBI about his frustration at the delay in the introduction of a UK-focused insurance production scheme, added that the fund was a starting point for prodcos.

He said the industry still requires a “copper-bottomed” solution, however, adding that finding a solution was now a global issue.