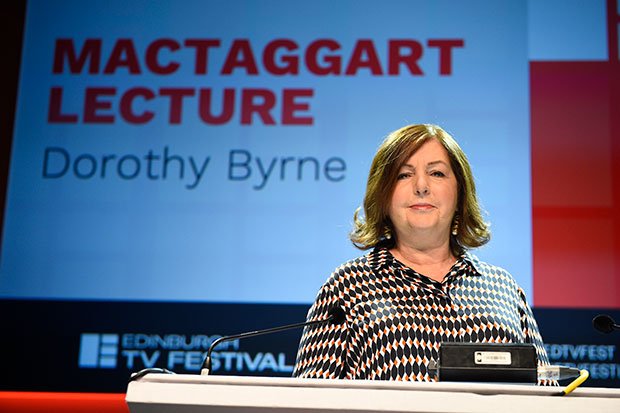 The annual Edinburgh Television Festival has become the latest industry event to move online amid the coronavirus crisis.

Its organisers said the event was being “reimagined online” for 2020, unveiling a series of initiatives to support and connect the television industry during the pandemic.

The event, backed by YouTube and Freeview, will still include the annual MacTaggart Lecture, controller sessions and awards ceremony.

An ongoing programme of digital sessions and content will launch in the coming weeks, with the programme to be announced shortly, curated by new creative director Stewart Clarke and advisory chair Patrick Holland, controller of BBC2.

All content will be made available free for freelancers, who are being particularly affected by the crisis as TV production around the world shuts down.

The TV Foundation’s schemes, such as The Network, Ones to Watch and TV PhD, will all run in full and are all now open for applications. The TV Awards will be staged later in the year.

Campbell Glennie, MD of the TV Festival and TV Foundation, said: “We have decided that, in the best interests of everyone we would seek to bring together, educate and support, we will not be staging the TV Festival physically in Edinburgh this August. However, our industry is based on creative innovation and so too is the festival.

“Television’s vital role in our lives has never been so present, valued and cherished, and so the team will be doing everything we can in 2020 to keep discussion flowing, talent supported and diversity encouraged. It will not be the festival we know, but it will still be the festival we love.”

Holland added: “I believe Edinburgh’s role as a lightning rod for our industry is more important than ever this year. The key themes we’ll be discussing – the future of public service broadcasters in the UK ecology, the role of TV in the climate emergency, reflecting the diversity of the audience in who makes and is featured in our shows – are brought into even sharper relief by the coronavirus crisis.

“I look forward to working with the team to bring that spirit to everyone between now and August.”