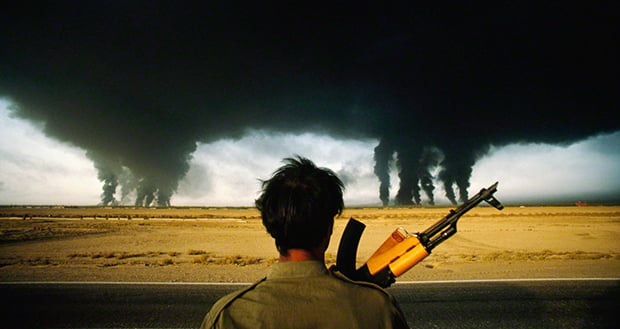 The Iran Iraq War is a 4×50′ series featuring newly discovered frontline archive footage and soldiers from both sides of the conflict telling their stories for the first time on TV.

Burning Sky is a 1×50′ doc special which takes an in-depth look at the landmark nuclear tests on Bikini Atoll over 60 years, with never-before-seen declassified footage and testimony from witnesses finally able to speak freely about the top secret operation.

Chris Fletcher, Earth Touch’s director of sales and programming, said: “Expanding our history slate has been a major objective for us this year but we are focused on curating quality programming over acquiring volume.

“Both these series were attractive for similar reasons – the Iran-Iraq War has never been covered properly before on television, mainly because of the problems accessing Iranian and Iraqi archive and conducting interviews with combatants and other participants. With their excellent connections in the Middle East, Or Media have painstakingly unearthed compelling material to produce an absorbing series, charting the course of this brutal conflict over eight long years and the damaging legacy it has left on the region.

“Likewise, Burning Sky is unique in that Evolution Media have secured exclusive access to recently declassified footage and witness testimony, lifting the lid on a highly controversial operation that has been shrouded in secrecy for over 60 years.”