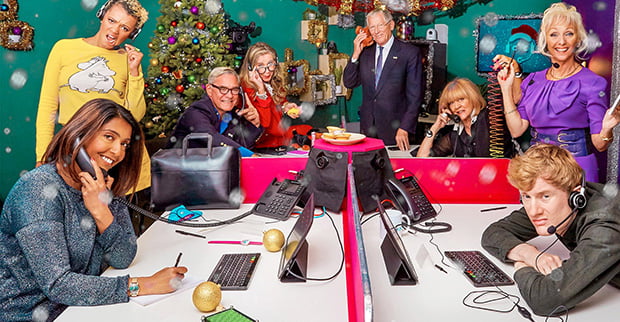 US cable network E! Entertainment has greenlit three talent-driven shows, including one based on UK format Celebrity Call Centre, and taken two more into development.

The format was created by Kerfuffle TV for Channel 4 in the UK and is being distributed by
All3Media International.

E! has also ordered Celebrity Game Face, in which comedian Kevin Hart and his wife, Eniko, host a number of celebrity couples as they compete in challenges. The contestants are awarded money to donate to a charity of their choice.

The cablenet has also lined up celebrity-focused 10 Things You Don’t Know. Each episode highlights a celebrity and counts down the 10 most surprising facts about that person.

Glamsquad Showdown is a comedic beauty competition, while The Seven Year Stitch follows committed couples nearing their seventh anniversary who are given seven weeks to give their relationship a facelift.

The former is produced by Shed Media with Lisa Shannon and Dan Peirson serving as executive producers, while Seven Year Stitch is produced by Trooper Entertainment with Dave Caplan and Heather Dubrow and Terry Dubrow the exec producers.